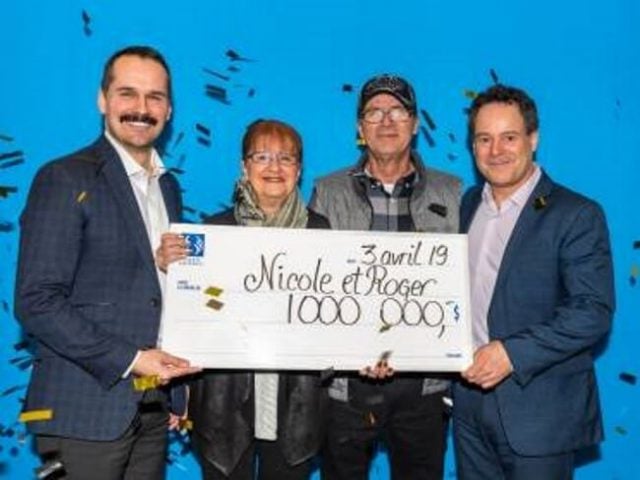 It’s the type of eventuality capable of making just about anyone feel two degrees short of insanity. For Quebec couple Nicole Pedneault and Roger Larocque, it was sheer luck that had; a second time round; saved the day by offering a very narrow escape from a prescription that would ultimately see the pair lose out on a $1 million Lottery win.

According to Roger and Nicole, had it not been for the fact that they had been helping out their grandson with a school project about Japan, they would never have found the forgotten Lottery ticket, which was purchased just in time for Valentine’s Day, 2018. Immediately upon having discovered the forgotten ticket, Roger instinctively knew that he had to check the claim-deadline. Much to his shock, followed by waves of utter relief, there was time to claim yet, but only until the end of that week.

Roger and Nicole had very nearly missed out on a life-changing cash prize.

Players Urged To Check Their Tickets

Lottery boards are constantly urging players to double check tickets, and also to make sure that tickets are not misplaced. The prescription times are also not the same for all Lotteries the world over, and players are also encouraged to familiarise themselves with the conditions of their chosen Lotto games.

Unclaimed prize money cannot be kept on hold for indefinite periods of time and its perfectly reasonable that strict adherence to the rules of prescription must be applied. Missing the deadline means missing out and no further arguments will be entered into. Players are advised to ensure that tickets are checked carefully, and in good time.

But what happens to the money that isn’t ever rightfully claimed in good time? Most national Lotteries use unclaimed funds in order to boost the size of future jackpots. Some even put the money towards second-chance games. Second-chance games allow players to enter their losing tickets into a second draw, in essence offering a second chance to win. Second-chance draws are generally not worth much more than at best a couple of million, but if given the choice, nobody in their right mind would complain about a million or two making its way towards their bank account.

Another portion of the unclaimed funds are generally earmarked for charity. Lotteries contribute millions of dollars to social causes every year, and it’s one of life’s pleasures to know that your weekly Lottery ticket purchase offers much-needed relief to many others who need it the most.

Make sure you NEVER MISS OUT on a win. Play the Lottery online!