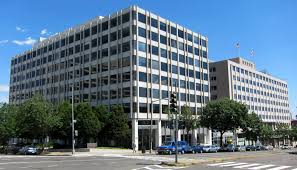 Charity lotteries are becoming increasingly popular in Canada. Many lottery enthusiasts like the idea of joining a lottery where the proceeds go towards a charity of their choice. Charity lotteries serve two purposes — they give participants the opportunity to pursue the dream of becoming a lottery winner while allowing them to contribute to the cause of their choice. In the last year alone, it’s estimated that Canadians spent $750 million on charity lotteries, with causes that ranged from animal shelters to hospitals to child welfare organizations.

The Canadian lotteries, which are administered by each province’s individual Lottery and Gaming Corporation, also funnel the revenues of their lotteries into local charities and non-profits. The main difference is that the decision about where the monies go is made by the Lottery’s Boards after public hearings and consultations. A Charity Lottery allows players to make their own individual decision about how they want to direct their lottery funds.

Relying on a Charity Lottery

People who rely on a charity lottery to direct their deposits towards the charity of their choice may be surprised to learn that things aren’t as clear-cut as they might have thought. The Charity Intelligence (Ci)site, administered by Kate Bahen, investigates this question. Bahen’s research is aimed at helping individuals decide where and how to play charity lotteries in a way that promotes their personal beliefs. Bahen wants to make the process of using a charity lottery more transparent so participants can more easily determine where their funds have the most impact. Together with her team of financial analysts, Bahen reviews audited financial statements of charity lotteries in Canada on a regular basis.

Charity Intelligence has determined that on average, only twenty seven percent of charity lottery income goes to the non-profit in question. Funds are diverted to cover operating costs which include the high costs of marketing such as radio, television, direct mail (flyers) and print media. Many organizations also run 24/7 call centres which, even when staffed with volunteers, cause expenditures to mount.

Charity Intelligence has also determined that the luxury prizes that the charities promote as part of their lottery is a huge burden to the organization and significantly reduces the lottery income that is available for the charity to use for its work. Sometimes prizes are donated by generous donors or corporate sponsors but in the majority of the cases, the dream vacations, luxury cards and other valuable prizes must be purchased by the organization which must use the funds from lottery income.

The biggest charitable lottery in Canada is the Heart and Stroke Foundation, which sells $61 million worth of lottery tickets every year. A review of the lottery’s finances has determined that only 30% of that $61 million goes towards supporting the foundation’s work.

Ontario's Heart and Stoke Foundation CEO, Tom MacAllister, feels that, even with operating costs that eat up 70% of the lottery revenue, the lottery income does provide an important source of revenue to the foundation. In discussing the issue, he commented "We're thrilled with that. We've generated net proceeds over the course of the last 16-17 years of in excess of $200-million."

Even at a 30% level, the Heart and Stroke Foundation is able to keep more lottery revenue than many other lotteries. Charity Intelligence determined that some — many — charity lotteries have even smaller returns. The bottom lines of some charities show that the charity is able to keep less than 15 cents on the dollar.

Paying for the luxury prizes is a significant gamble for the charities who promote such gifts as lottery prizes. Charity lotteries that don't meet sales targets lose big money on their lotteries. One such organization, the Canadian Cancer Society, which runs lotteries in several provinces, has lost tens of thousands of dollars due to the big-ticket prizes that they offer. In 2010 their New Brunswick lottery lost $341,000 and their Newfoundland lottery lost $174,000.

Vice-President of Public Affairs and Strategic Initiatives for the Canadian Cancer Society Rowena Pinto described the dilemma. "With every fundraising activity there's an inherent risk." Following the 2010 debacle, neither the New Brunswick division nor the Newfoundland division have run further lotteries.

Lottery losses have convinced some charities that they should get out of the lottery business. The White Rock Hospital in British Columbia lost $746,000 on their lottery in 2011. They are no longer running lotteries. Another British Columbia institution, the Royal Columbian Hospital Foundation in New Westminster, lost 3.3 million dollars in 2011 due to their offer of three vacation homes. They too have ended their lottery.

Charity Intelligence hasn’t found it easy to review the lotteries’ financial information. Bahen found that, of the 30 charities that they reviewed, only 14 broke down their expenses between operating expenses and prizes. Bahen understands that some charities may see that as competitive information but she believes that more it would be a good thing to require charities to provide more transparent financial information about their lottery activities. "â€¦.this is something we have to continue to advocate for, that Canada's charitable sector should be open, it should be transparent and it should be more accountable" Bahen said.

Buying a lottery ticket isn’t like making a donation to your favourite charity. There’s no tax receipt. Bahen says that she’s come to the conclusion that, if someone wants to support a cause through a charity, making a donation via direct gift is the best way. The two types of donations are not equal and, says Bahen, “it's always more cost efficient to make a simple donationâ€¦.Making a donation always makes your dollar go furtherâ€¦.if you want to gamble, then look at charity lottery tickets."