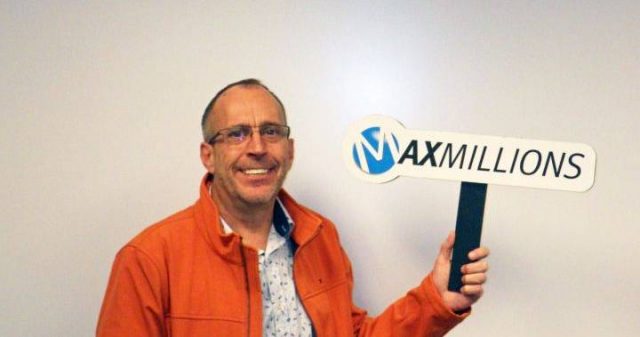 One fortunate man from Calgary managed to win the favor of Lady Luck last December when he purchased a ticket for a Maxmillions draw. The man is now one million dollars wealthier for putting his trust in the lotto numbers, according to local officials in a recent press statement.

Alan Facey is the face behind the latest major lottery win in Canada. The lucky middle-aged Calgary resident won one of the 42 Lotto MAX Maxmillions $1 million jackpots on December 7, and has now officially stepped forward to claim his enviable prize.

Every big winner has a story about how, where, when and why they managed to strike the jackpot of their dreams, and Facey is certainly no different. Talking about the happy incident to members of the media, he revealed that he first learned about his win when he was checking a pile of old tickets using the Western Canada Lottery Corporation’s dedicated app.

No Solid Plans for Facey Yet

While he was scrolling through the mobile application and checking his slips, Facey says that his first prize was a free play. Another ticket won him a cool $20 – but when he scanned the third one, he admits to doing a double take! All he saw to begin with was plenty of zeroes, so he had to check the ticket again and again to make sure that he hadn’t made a mistake.

Once the news finally began to sink in, Facey was quick to start thinking about what he was going to do with his million bucks in cash. According to the big winner, he hasn’t devised any specific plans just yet, but he is definitely looking forward to paying off some nagging bills regardless. Some other personal financial decisions also need to be made, he has noted.

While for some players, a winning lotto ticket is a way out of poverty, job dissatisfaction or financial stress, that was not the case for Facey. He says that his life was good before he struck the amazing win, and that the jackpot is simply the “icing on the cake” for him.

In the meantime, the Western Canada Lottery Corporation is still on the hunt for someone to step forward to claim the immense jackpot that was won in the January 2 Lotto 6/49 draw. Whoever it is, they are likely completely unaware that they are sitting on a fortune worth $16 million, so be sure to double check your old tickets to make sure that that person isn’t you!

There were more than 50 lottery wins worth $1 million or more in the Canadian province of Alberta last year alone. As for what this year will bring for lucky punters, one can only imagine the fortunes that lie ahead…

There is plenty of money to be won online! Play slots and claim your share.