Buying your Lottery Tickets -- Canada vs. US 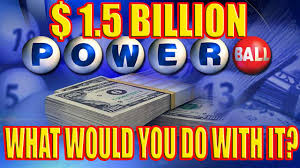 One of the biggest recent news stories for lottery enthusiasts involved the massive Powerball Lottery that was held in California last month. The 1.6 billion dollar jackpot was said to be the biggest lottery jackpot ever offered anywhere in the world. Yet lottery experts point out that Canadians can enjoy better value and better odds when they play one of their provincial lotteries. Even without the billion dollar plus tag, if they win, they end up taking more more money.

If you had purchased a ticket for last month's Powerball Lottery your chances of winning would have been one in 292 million — more or less. That means that you have a better chance of being hit by an asteroid than you do of winning such a prize. The expected percentage return on the lottery, determined by the size of the jackpot and the cost of the ticket, is only one way to determine whether to play but it's the best way to look at what kind of prize you'll enjoy from a lottery win.

In U.S.-run lotteries, players can generally expect to earn 50 cents for every dollar that they spend, meaning that, unless you're one of the super-jackpot winners, you'll lose 50% of your investment. Canadian-operated lotteries offer slightly better percentages since the winnings aren't taxed as they are in the United States.

Lotto 6/49 and Lotto Max win percentages come out to between 40% and 60%. When there are multiple winners, those percentages are lowered

If you buy one Lotto 6/49 ticket you have a one in nearly 14 million chance of winning. If 28 million tickets are sold around Canada it's plausible that two or more winners will end up splitting the prize. That lowers each ticket's expected percentage value. Charities say that they offer better odds — a one in two chance of winning — but since ticket prices are high, they sell fewer tickets. Aside from the grand prizes on charity lottery tickets, the smaller prizes range from a simple $25 to $100 prize on a ticket that usually cost $100. The longer a fundraising lottery game lasts, the more the ticket odds seem to increase, If a lottery has 2 parts (for instance, giving a winner the chance to draw a specific card or pick a winning number in order to win a bigger chunk of the jackpot), the expected percentage return increases as fewer cards remain

The odds on bulk ticket packages are generally better, with an expected percentage return per ticket going up to 80% or more.

Sports fans often play 50/50 draws in which the winner pockets half the ticket sales. The expected percentage return is always 50% in these contests, unless the organizer offers bulk ticket purchases.

What Else shouldCanadians Know about Buying Tickets in America?

In addition to questions about odds, there are some other things that Canadians should know if they're thinking about buying tickets outside of Canada.

So, for Canadians who use an online broker like TheLotter.com, be aware that such a site is unregulated. These brokers purchase tickets on a customer's behalf, rather than selling them directly to the lottery player. You have no guarantee that you will collect your prize if you win. If you do use a broker, check its reputation with the Better Business Bureau. TheLotter has a solid reputation, but other brokers may not.

buying your ticket in the United States, returning with it to Canada and then, if you win,

returning to the States to collect your payout. The "Immoral Articles Law" has never been

tested in court, but it does forbid importing lottery tickets.into the United States. Foreigners

have successfully won and claimed U.S. lottery prizes but a win could be challenged.

least 30%, and more if you take it all out in one lump sum. The IRS regards lottery winnings

as income. This is the standard for all taxation rate for “non-resident aliens.” There are also

state taxes, dependent on the state.

– Awesome games at All Slots Casino –

What Was the Lure of the Powerball

In 2012 the US lottery Mega Millions had a $656 million prize, making it the largest lottery in world history. Last month's California Powerball was more than double that amount, making the largest single jackpot in history. It attracted a lot of attention from lottery enthusiasts around the world. U.S. taxes take a huge cut of the prize, but lottery players tend to ignore that fact as they aim for the big win.

Some state lotteries are state-run while others are run by private corporations. State lotteries add anywhere from to 50 cents per dollar of ticket sales to a state’s annual budget. Revenues are dependent on the. number of players in the state and the efficiency of the lotto program. Over 15 states use the profits from the Powerball draw to fund education while some states direct the money towards lowering property taxes.