EuroMillions Pays Out Largest Jackpot Ever 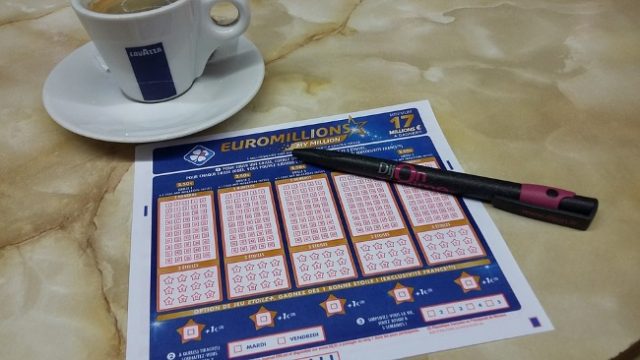 Tuesday night’s EuroMillions draw started off just like any other. Many assumed that the roll-over jackpot would yet again do the same; having rolled over a total of 4 times in a row since it was last won on July 11. But the draw turned out to not be just another roll-over disappointment and having won the super £170 million in jackpot prize money (which also happens to be the fixed maximum cap) one very lucky player now has more money than Tottenham’s Harry Kane.

Andy Carter, who is a senior advisor at the UK Lottery, confirmed shortly after the draw that all five numbers, and also the two lucky star numbers, had in fact been matched and that someone had officially become Britain’s biggest Lotto jackpot winner yet. Carter at the time also urged players to check their tickets for that particular draw.

The Winner Has Come Forward

Carter’s insistence certainly has paid off because it was confirmed only 2 days later that the winner had come forward, ticket in hand, in order to claim the big money prize. The identity of the winner has not been revealed and it isn’t yet certain whether the lucky player will choose to remain anonymous.

Carter also assured players at the time of the announcement following the draw that the National Lottery would be available to assist the winner in any way necessary so as to assist him or her to come to terms with winning a sum of money that can only be described as life changing.

Biggest Jackpot But Not The 1st

Not everyone opts in on revealing their identity after having won Lottery millions. But New Years’ Day EuroMillions winners Patrick and Frances Connolly did not have any hang-ups in this regard. The lucky Northern Ireland couple won £114.9 million in the January 1st EuroMillions draw.

It was husband Patrick who had first discovered that they had won, says the lucky couple. The 54-year-old player had purchased the couple’s Lucky Dip ticket online and after having realised that the ticket was super-size jackpot winner, Patrick proceeded to verify the winning numbers on various online sites.

A very surprised Patrick then apparently sat all the way back in his chair and enquired from wife Frances (52) whether she wanted to hear the good news. The couple then sat in silence for quite some time trying to make sense of and come to terms with what had happened. According to wife Frances, they don’t really “do” excitement. She recalls having perhaps raised her voice ever so slightly before celebrating the win with husband Patrick over a cup of tea and a hug.

Try to hit lucky 21 and you could be a winner.