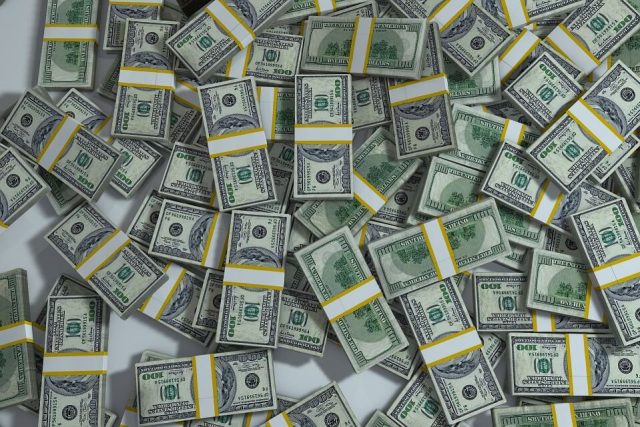 If you’ve stashed away last year’s lottery tickets in a dusty hiding spot, officials are hinting that it might be a good time to double-check your numbers.

The record-breaking $60 million Lotto MAX jackpot ticket that was sold over in Edmonton on October 26 last year is still without an owner, and that’s not the only prize that is sitting unclaimed at local offices. There are also two prizes worth $1 million each outstanding in Alberta alone – and you could be the rightful owner of one of them!

The two aforementioned Maxmillions tickets were drawn last year on June 1 and June 8, according to Kevin van Egdom of the Western Canada Lottery Corporation. Unfortunately, the winning duo are still missing in action, and with just under six months left for them to step forward and claim their windfalls, they had better spring into action soon to avoid missing out.

All winners of WCLC draws have exactly one calendar year from the day of the draw to come forward and validate their tickets. However, according to Van Egdom, many people don’t check their stubs right away. Also, some stash them away for safekeeping and end up forgetting about them all together.

Speaking more about this, the spokesman noted that in 2018, there was a $1 million winner in Whitecourt who didn’t discover her luck for nine months because she had not yet fished the tickets out of her desk at work. With this in mind, Van Egdom is expecting to see a few more cases like this, with people having stored tickets in their desks, glove boxes, or coat pockets and forgotten to check their digits.

Other people, the official says, actually hold off on collecting their winnings. A few years back, the WCLC had an Edmonton family who managed to win a whopping $50 million. They found out almost instantly, but kept the news secret for eight months until they felt they were ready to handle the large sum of cash. Clearly, he said, some people are exceptionally good at keeping secrets!

Van Egdom has revealed that 51 prizes worth $1 million or more were dished out in Alberta alone last year, setting a new record for the province. A dozen of those happened in Edmonton alone, and another twelve in Calgary. The rest were spread throughout the region.

In his mind, this goes to show that where you buy your ticket has absolutely no bearing on your chances of winning big. The previous record was set in 2015, when the Canadian province produced a massive 48 prizes worth a million or more in the space of twelve months.

There are also six other unclaimed jackpots in Alberta, with values ranging from $10,000 to $522,440, according to the WCLC. So remember to double and triple-check your tickets to make sure that you aren’t sitting on a surprise windfall that might just change your life!

Want to win REALLY big? Play jackpots and see if YOU can change your life!