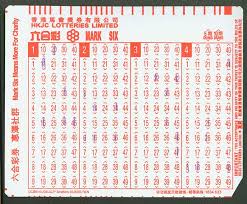 The biggest single jackpot in Canadian history was won by a lottery pool at Canadian Black Book in Ontario. The $60 million prize will be shared by 12 pool participants who were so excited after hearing that they had won the lottery that they danced on the boardroom table!

On September 26th the Ontario Lottery Commission announced that there was one winning ticket for the biggest-ever $60 million lottery jackpot. The Friday night Lottery Max draw was said to be the biggest in Lottery Max history and within hours the search was on to determine the winner. In Brampton, one man was about to get the surprise of a lifetime!

On the Monday morning following the Friday draw, Dennis Cartier, who organizes the lottery pool among employees of the Black Book Company in Markham Ontario, walked into the workplace and called a staff meeting with his pool co-workers. He wanted to share a secret that he had been holding over the weekend. As the meeting began he casually dropped the news that the group of 12 employees, who had been steadily buying lottery tickets for years, had just won the $60 million jackpot. The biggest-ever single jackpot win in Canada translated to a $5 million take-home prize for all 12 participating players.

The staff was understandable stunned when they first heard the news, asking “are you serious” as they checked and rechecked the lottery numbers. But little by little the news sank in and the group erupted into an excited frenzy of cheers and screams. Some employees even jumped onto the boardroom table for an impromptu dance.

Cartier, lives in Brampton and bought the winning ticket in his hometown, While on his way to pick up lunch on Saturday afternoon he discovered that he held the winning ticket. He checked the ticket over and over at the Brampton gas station because, he said, he “could not believe his eyes” At the winner’s press converence for the Ontario Lottery he described the events of the day, saying that, in shock, he went back home, affixed the ticket to his refrigerator and returned to get his burrito.

Even though he wasn’t scheduled to work on Monday, he came into work, but to the surprise of his co-workers, he was dressed in a t-shirt, shorts and sandals. He called a meeting of the lottery pool participants and started out by telling them that it was time to end their eight year, weekly lottery play.

As soon as the group arrived in the boardroom, Cartier broke the news that they had won the $60 million jackpot. ‘I said there was one for morethingwe have a claimoutstandingand I handed out the prize forms with the ticketattached t to it.” Screams and cheers echoed down the hallway as the news sunk in. Cartier filmed the moment that the group discovered that they had won the lottery and he posted the clip to YouTube where more than 200,000 people have viewed it to date. The film depicts the utter bedlam of the moment as the winners exclaimed “are you serious?” “Are you kidding me?” “Holy s***!” “Oh my God!”

Dennis can be heard confirming the news. The group had won the largest jackpot in Canadian history. Brad Rome, one of the winning co-workers, said ‘Dennis deserves an Academy Award for this one, He kept that incredible secret for days, then as calm as calm could be, he surprised us with the news.’

On October 1st the winners attended a OLG winners’ ceremony where they were presented with the check for their win along with a Lotto Max cap. The ceremony was held by the Ontario Lottery to celebrate the jackpot win.

One of the first questions asked of winners involves, of course, their future plans. All of the winning Black Book employees say that no one in the group has any plans to quit the company any time soon.

The check was presented at Prize Central by OLG’s Vice President of Lottery Marketing and Sales Wendy Montgomery. Montgomery said ‘It’s always a great pleasure to celebrate a jackpot win with our lottery players, especially when we are celebrating the first-ever $60 million LOTTO MAX jackpot win.’

The previous major Lotto Max jackpot was won on August 7th in Alberta. That ticket was worth $50 million. The largest Canadian lottery prize ever won remains $63.4, won as part of the Lotto 6/49 by four winners. That ticket was sold and claimed in April 2013. One of the tickets was purchased in Alberta and the other three were purchased in British Columbia.

In addition to the $60 million prize, OLG paid out 19 Maxmillions prizes, totally $1 million each. There had been 27 $1 million prizes up for grabs and fifteen winners stepped forward to collect their prizes. The winning tickets included six sold in Ontario, five in the Prairie region, three in the Atlantic provinces and five in Quebec.

The next Lotto Max jackpot will be $22 million.

Lotto Max draws are held every Friday. Jackpots start at $10 million and can grow from there.