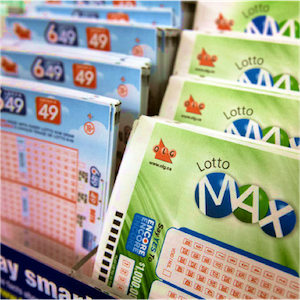 Occasional horror stories about lotto players who have missed out on million-dollar windfalls have always made headline news. Currently in Quebec, lottery officials are trying to track down a winning ticket worth a whopping $1 million, not to mention numerous others worth hundreds of thousands more.

Atlantic Canadian authorities are also hunting for two tickets worth around $500,000 each, while there are also over $8 million’s worth of unclaimed tickets in Ontario and $2 million’s worth in Alberta.

Canadian lottery tickets expire exactly 52 weeks after the lucky numbers are drawn. This gives local players exactly one year to respond should they win – which is good news, considering the massive $46 million in outstanding lottery prizes that went unclaimed in Canada during 2017 alone.

While this number is indeed huge, it is only around 1% of the total prize money paid out by lotteries last year. This includes payouts from major suppliers like Lotto 6/49, as well as smaller provincial lotteries and scratch ticket games. The bulk of this money goes unclaimed in Ontario, a province that has posted $21.8 million in unclaimed winnings in 2017-18 according to the Ontario Lottery and Gaming Corporation.

During the same period, $7.4 million was left unclaimed in British Columbia, and another $7 million met the same fate in Quebec. The Western Canadian Lottery Corporation and the Atlantic Lottery Corporations have not provided any statistics, but local news outlet Global News has estimated their unclaimed respective values as $6.7 million and $4 million based on 1% of their prize money paid out in 2017-18.

Check Tickets at Any Lotto Outlet

According to Dita Kuhtey of OLG, the majority of unclaimed prizes are for smaller values like just a few dollars. She added that it is rare for major prizes to be left unclaimed – but despite this, Canada’s largest ever unclaimed win stands at $14.9 million from Lotto 6/49 back in 2006. The OLG also makes an effort to find winners who have not cashed their tickets with winnings of $10,000 or more by reaching out through media outlets.

Lotto-Quebec has estimated that over 95% of players will claim their winnings within three weeks. The OLG has corroborated this, stating that 38% of players check their tickets immediately after draws, while another 45% check when they remember to. Thus, only 17% of players do not check on a regular basis, which could be down to forgetting a ticket somewhere or accidentally throwing it away.

Should a winning ticket be forgotten about by its owner, the unclaimed money will be transferred into a special pot for prizes and draws, such as Lotto 6/49’s guaranteed prizes and Lotto Max’s Maxmillion games. To avoid this from happening to you, be sure to check your tickets regularly at any Canadian distributor, or check your results in Ontario, Quebec and Western Canada online!