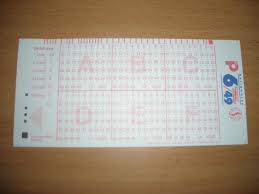 Mauro Bagnariol, an Edmonton retiree with a habit of buying Lotto Max tickets, is thanking his lucky stars that he followed his usual routine during the week of November 6th. That’s when the retired City of Edmonton worker hit the jackpot and won half of the $60 million Lotto Max jackpot.

Bagnariol was accustomed to buying his tickets every week at the northwest Edmonton 7-Eleven. He would habitually return to the store every few weeks to check his ticket numbers. So it wasn’t until mid-November that he discovered that he’d won the $30 million prize from the November 6 Lotto Max lottery. “I went back to 7-Eleven a couple weeks later and checked my ticket,” he said. “I put it in the scanner and a bunch of zeros came up and I said ‘Woah.’So I put it in again to see if there was a decimal point there somewhere and there wasn’t. And it was $30 million dollars.”

Bagnariol had been on the way home from visiting his mother when he discovered his win. He immediately called his mother to tell her the good news but he held off on telling his wife for a few days. His grandson’s birthday party, a big family event, was coming up in Calgary that weekend. After the birthday, on the drive back to Edmonton, Bagnariol told his wife Helena about the win. “We stopped off at a coffee shop in Red Deer, and that’s when I told them.”

Bagnariol plans to use his winnings to help his children with their mortgages. “That’s the most important thing for me, being able to help my family” he said. He plans to l place most of the remaining earnings in investments and will be giving a portion of the win to charity.

Bagnariol’s needs are modest, but he admitted that “If I was 30 years younger, I’d go out andbuy a Ferrari.”

The second $30 million ticket was claimed by a couple in Conception Bay, a small community which is located on the southeast coast of Newfoundland. The ticket was sold to Stephanie Lewis and Keith Hayman as part of the Atlantic lottery. “It is a really wonderful feeling,” said Lewis.

Lewis, a quality-assurance control worker who had been working at Bull Arm, and Hayman, her boyfriend, a welder, retired immediately and celebrated their newfound win with a trip to Mexico. Upon their return they started to consider how they would proceed with their prize money.

“We are both going to get a new vehicle.” Lewis said. “I think I might get a Cadillac Escalade.” Hayman said that he’s eying a pickup. “We are going to pay off what we owe, and pay off our mortgage now. No more plans really.”

Lewis and Hayman are also giving their parents large sums of money that will allow them to retire. “We’re going to give them some money, so they can be worry-free,” said Lewis. Additionally, they will be sharing their newfound wealth with their siblings. “We each have brothers and sisters and they will be looked after. “Family is so important to us and I can assure you our families will have a very special Christmas.”

Francis and Rosalind Lewis say their joy at their daughter’s good fortune, and their own newfound wealth, is just starting to sink in. “We were in shock for a little while, but we’re getting used to it now “said Lewis’s mother, Rosalind who is a stay-at-home mother. “She’s going to let my husband retire, something he damn well deserves,”

Francis, a plant manager at a fabrication shop in St. John’s, admitted that he was “quite willing to do that,”

“It’s not very often your son wins $30 million” said Hayman’s mother Karen, describing the moment that she learned that her son had won the Lotto Max. “I squealed.” Hayman’s parents, Karen and Craig Shaw, are self employed.

Stephanie Lewis plans to start out their new lives with a bang. “I guess we’re going to have a really big party,”

Stephanie Lewis and Keith Hayman had to wait for 30 days, after they presented their winning ticket for their $30 Lotto Max win, before they could collect their cheque.

The ALC announced that they would be conducting a review of the ticket purchase because one of the ticket holders was a “related party” to an employee or a retailer or someone who sells lottery tickets, or related to a family member of someone who does.

During the time that the ticket was in the process of being reviewed, Lewis and Hayman were not identified publically as the winners.

Stephanie wasn’t upset at the delay. “I think it was a godsend for us to have the 30 days,so we could be prepared for it.”

All of the Canadian lottery corporations have rules in place that prohibit individuals who own or work in places that sell lottery products, or their family members, from buying lottery tickets. When a possible connection is determined, the Lottery Corporation conducts a review to ascertain that all lottery rules and regulations have been upheld. Family members of lottery retailers and employees include a married spouse, a common law spouse or a child, parent or sibling or the retailer or retailer’s employee.