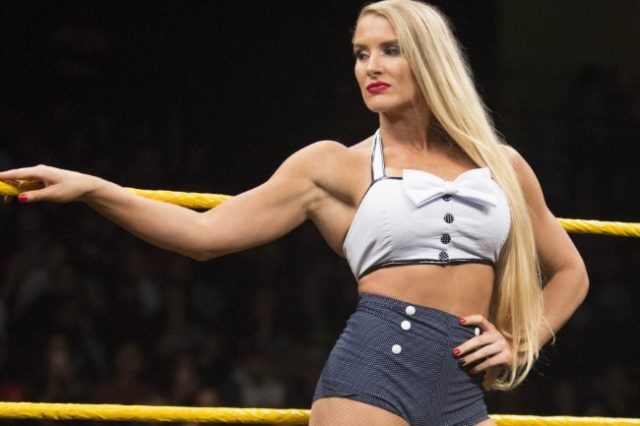 Viral social media video footage showing WWE wrestler Lacey Evans flying off the handle and tearing into an Edmonton RCMP traffic law enforcement officer has been confirmed as having been staged. Or rather, Evans’ performance was; the speeding ticket was apparently the real deal.

RCMP after the fact confirmed via a statement that the WWE star was, unlike the persona depicted in the video, “courteous and polite”, identifying herself as a WWE sports entertainer and accepting the ticket with grace. Evans did not actually ask the Leduc County Mountie whether he knew who she was and he in turn, did not welcome her to the “prairie” in true Canadian fashion.

Story Only Half True

What had actually happened was that the star had after having been stopped by the officer, asked whether he would agree to participate in a bit of banter on tape in an effort to promote the local WWE event that Evans had been in town for at the time of her having been issued with he traffic ticket.

The Mountie had apparently readily agreed and the video has now been confirmed by the RCMP has having been created “by both parties” in order to advertise and punt the local WWE event. Evans, herself a former US marine, recently took to Twitter and explained that whilst the video had been created in an attempt to promote the local production, she did not condone any act of disrespect aimed at a member of law enforcement.

The Officer Stole The Show

Its common knowledge that WWE is all about staged entertainment and so the star’s performance ties in nicely with the sport’s entertainment-style. Evans embodies the character of a “sassy Southern belle” and really plays the part pretty damn well. Her smooth Southern bang and drawl is what is most noticeable in the video. The sport is all about staged fights, staged feuds and larger-than-life colourful personalities and enjoys a massive viewer- and fan-base.

But the real star of the show is without a doubt the RCMP officer who has in all likelihood never had any training even remotely similar to that enjoyed by WWE sports entertainers. Even so, he appears perfectly comfortable in his acting shoes when after having been climbed into by Evans, walks away from the car and greets the WWE belle with a very Canadian, “Welcome to Edmonton”.

The fact that he wasn’t at all acting proved most entertaining of all.

Bet on WRESTLING online. Sign up at a Canadian sportsbook TODAY!