James Charles Is Getting Canned – Here’s Why 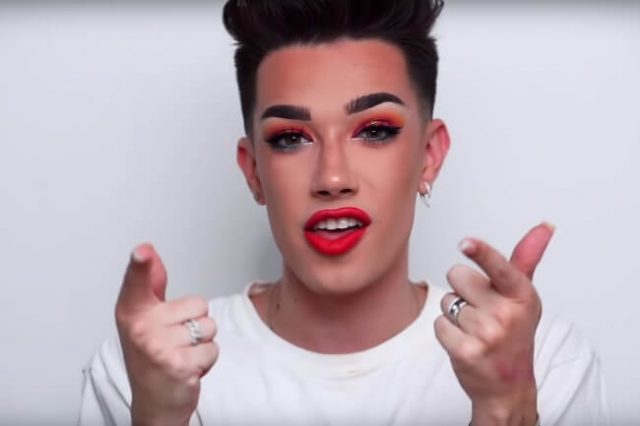 Semi-celeb Internet sensation and make-up artist James Charles is getting the heat from all sides. Charles seems to be mucking about with the type of zeal that makes bad publicity to remain bad publicity. Thanks to his blatant disregard for just about everybody else, including former best friend Tati Westbrook, Charles recently lost more than 3 million viewer-followers on YouTube.  Respect and general regard for others, it seems, remain in high demand.  Miss that, and you’ll end up missing out.

In 2016, James Charles became the first male ambassador for beauty magazine CoverGirl. He also made headlines thanks to his having worn true Peacock-style makeup in his high-school yearbook photographs. But why is this even still relevant? Did we mention that make-up-sporting vlogger James Charles, the very same who is swamped by major adult-style drama, is only 19 years old? No surprises that high school remains high on Charles’ list of “recent events”.

But what exactly is Westbrook’s beef with Charles?

Read More… How 2019 Is Shaping Health And Eating

Tati Westbrook launched her own make-up channel on YouTube in 2011. Ever since she first started vlogging, Westbrook has been adamant about not being sponsored by any beauty or make-up brand, which is something that afforded her a lot of credibility. Her income is derived from her own beauty vitamin / beauty supplement brand called Halo Beauty.

Charles on the other hand, just loves to count his chickens; hatched or unhatched. At this year’s Coachella Music Festival, he proved just how huge of a disloyal “friend” he really was by filming an Instagram ad for SugarBear Hair beauty vitamins; a direct rival to Halo Beauty.

To Charles, It’s All Business

Charles hasn’t offered anything in the way of even a hint at an apology and has instead opted to ride the wave of publicity for all its value, even at the expense of his former best friend. Upon obviously having realised that he was losing millions of fans on YouTube, he brazenly proclaimed that despite everything, he loved all of the drama because it was improving sales.

Also at Coachella, Charles allegedly went to town with various comments and antics to try and convince male model Gage Gomez that he wasn’t the straight male that he (Gomez) had always considered himself to be, but was in fact actually gay. Gomez was shocked at Charles’ sexual advances and said that Charles had tried to manipulate him into thinking that he was gay. Charles then took to the Internet to diss Gomez when it became clear that there would be no further relations between the two.

Charles had better start looking out for a regular job.

Looking for BIG wins and non-stop fun? Canada’s TOP online casinos have it all.