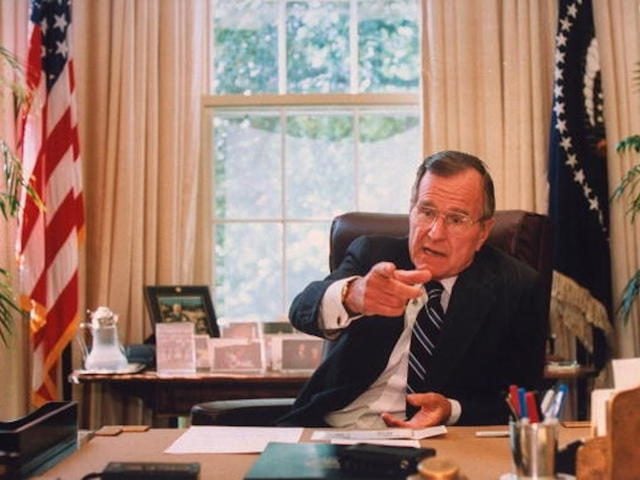 Acid rain is the last topic that one would expect to receive airtime at anyone’s funeral, let alone that of a former US president. But considering the fact that the environment and its protection was a passion and a priority that was close to the heart of the late former president W.H. Bush, it was only right that his environmental record was singled out as a major and lasting part of his presidential legacy.

Former Canadian Prime Minister Brian Mulroney delivered a moving eulogy for his old friend and referred to Bush’s decision to go ahead with a highly controversial piece of legislation known as the Clear Air Act, which incidentally gave rise to the Acid Rain Accord with Canada, as a splendid gift to future generations; both American and Canadian.

Success Is The Best Testimony

The fact that acid rain is no longer a hot topic for discussion due to it having been eliminated for the most part, is the most effective testimony that any environmental activist could hope for; even one that also happened to be the most powerful man in the Western world.

According to John Smol, a Biology professor and the Chair in Environmental Change at Canada’s Queen’s University, Bush’s legislation played a giant part in the eradication of acid rain. Smol pointed out that the late former president’s unique approach proved that legislation could be good for the environment without being detrimental to the economy, which is a gross misconception that is still held by many people today.

Smol also referred to the fact that even after three decades had passed, Canada’s lakes were still struggling to recover fully from the after-effects of acid rain. It certainly seems as if Bush had been able to eradicate the problem just in time. The Queen’s professor went on to draw a comparison between what Bush had achieved in his time as president, and the pressing issue of climate change.

The academic said that although he realised that climate change was a much more complex and daunting issue than acid rain, Bush’s valiant fight against one evil can be seen as a practise run for taking on other, bigger, battles head-on.

The most remarkable aspect of the late former president’s achievement is the fact that there is much to be learnt about ignoring the voices of doom and gloom concerning the effects that striving for green-peace will have on the economy.

Ready to bet on the sports you love? Wager on the NHL, NFL and so much more ONLINE!