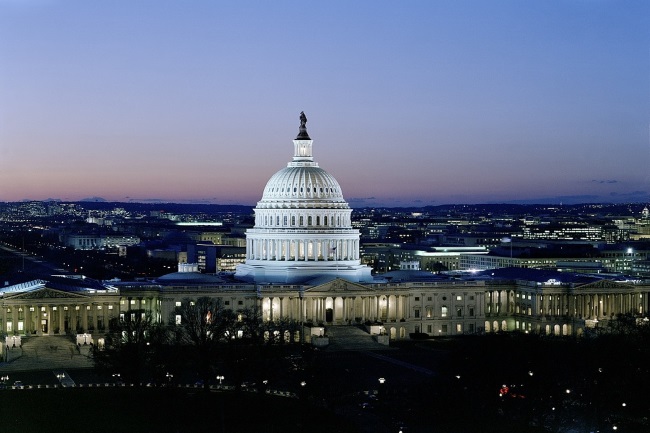 The U.S. Senate has officially made history by having passed a $2.2 trillion emergency relief package in an attempt to save the economy from a complete collapse amid the Coronavirus global pandemic. The stimulus package is officially the biggest rescue deal ever approved in the history of the United States – government or otherwise.

The critical bailout will provide up to $1,200 in direct paid relief for all American adults, as well as creating a $500 billion credit lending facility for big businesses, cities and U.S. states in need of financial assistance. Small businesses too, will be looked after and a $367 billion fund has been allocated in favour of small commercial enterprises. Hospitals will benefit too and will receive a collective $130 billion in much-needed funding. The balance of the package will be utilised in order to expand current unemployment insurance benefits and packages.

Senate voted in unanimous favour of the bill being passed. A last-minute objection raised by Republican representatives and senators relating to fears that the package will cause workers to live on unemployment benefits instead of working for their money where jobs are available, was swiftly dismissed by the rest of the voters.

Massachusetts Democrat Elizabeth Warren, after having cast her vote, said that even though this particular bill was not the kind of bill that she would have wanted, the investments offered by the bill, and especially the immediate nature of those investments, would prove a life-line in coming weeks and was therefore vital and urgent.

U.S. Worse Off Than China, Italy

The United States has now officially surpassed China as well as Italy in terms of the number of confirmed infections recorded. Some experts have said that a lack of early action coupled with major setbacks in testing processes are the culprits to blame for the exponential rise in affected numbers. President Donald Trump has in the meantime questioned the statistics, and especially how U.S. numbers compare to those recorded by mainland China, and even went as far as to accuse China of constantly publishing data that is false and misleading.

The US labour department has in the meantime announced that a staggering 3.3 million people have to date field urgent claims for unemployment benefits. The possibility of a full-on U.S. recession is now firmly on the table. Lawmakers have however optimistically declared that the approved stimulus package should help deter this.

But Is It Enough?

But stimulus package or no, the country is now left reeling under a mountain of challenges, both new as well as old and elevated because of the rise in infections. California’s homeless crisis is a particular concern. There exists a strong suspicion that a significant undercount exists regarding homeless population estimates. This basically means that not only is the problem of homelessness completely out of hand, but it’s also much bigger than previously thought.

That the U.S. is in desperate need of the stimulus package isn’t at all in dispute – quite the contrary. But various lawmakers have expressed the opinion that despite its mammoth and record size, the package is in all likelihood not sufficient given the magnitude of the present crisis.