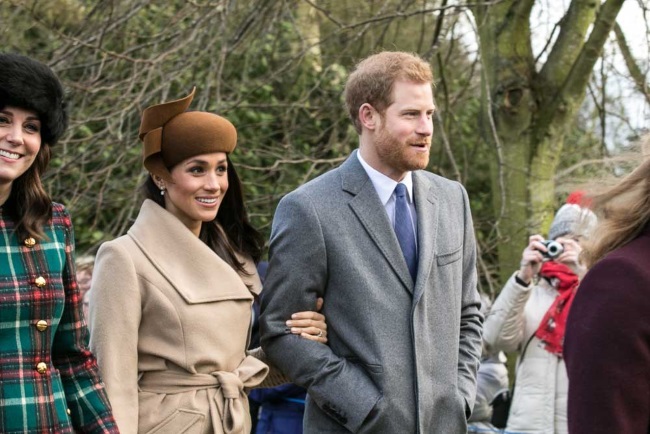 How times have changed. Instead of reacting in a manner typical of 1950s British disappointment, upon having learnt of the announcement by the Duke and Duchess of Sussex that they had reached the decision that the best thing for them involved giving up their positions as senior members of the Royal Household and bringing home the bacon themselves, folks took to Twitter to express their surprise.  A huge number of tweets on the topic emerged, with many quipping about how Meghan is now officially available to star as herself in the award-winning Netflix original smash-hit series The Crown.

Read More... How To Master The Art Of Complaining Well

The popular Netflix series chronicles the life and times of Queen Elizabeth II and made its debut back in November of 2016. Currently in its 3rd season, Season 4 of the popular drama is expected to air later this year. The producers of the show were however quick to react to fans demands that Meghan player herself once the show’s timeline reaches the latest drama to have hit Britain’s royal family by saying that its unlikely that the show will extend itself all the way into present-day events

Meghan and Harry’s shocking announcement regarding their plans to resign from royal office and their capacities as senior royals to the extent that they are able to make a living for themselves (royals are not permitted to earn an income aside form the royal grants funded by British taxpayers) has in the meantime been described as their having “pressed the nuclear button” on their royal careers. In fact, it has even bee described on Twitter as “Megxit”!

The news broke together with wide-spread statements in the British press about the remainder of the royal family; including Prince William and wife Catherine; being disappointed at the announcement. The allegation is also being made that the couple failed to discuss any of their plans with any member of the family, including the Queen. Some reporters have alleged having received tip-offs from royal correspondents that the family is “furious” about not having been consulted by Meghan and Harry beforehand.

Canada May Be Their New Home

As to what may follow in the days and months to come, the Duke and Duchess of Sussex will in all likelihood proceed to settle down in Canada, where Meghan and Harry first fell in love. This theory is supported by the couple’s six-week-long breakaway up North immediately prior to the explosive announcement having been made.

The main driver behind the couple’s decision appears to be a desire to become financially independent and to “carve out a progressive new role” for themselves.

Get YOUR hands on the RICHEST rewards. Sign up at a Canadian casino TODAY!