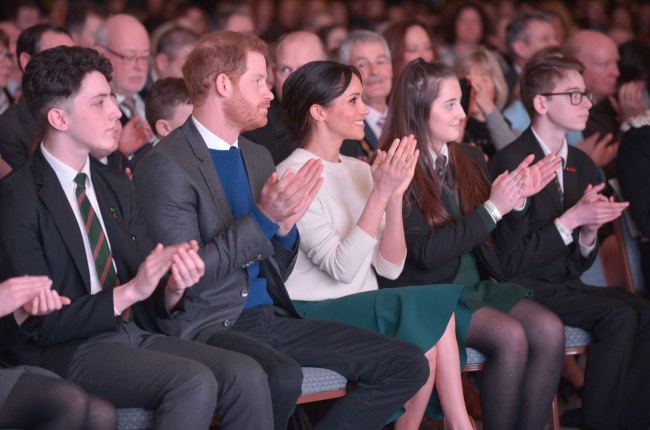 As if the fact that Prince Harry and wife Meghan Markle moved from Canada to Los Angeles during a time of tight airspace lockdowns isn’t controversial enough, U.S. President Donald Trump simply had to try what can only be described as stealing the limelight. The POTUS publicly announced that even though he regarded the Queen and the United Kingdom to be his friends, the former royal couple would be expected to pay their own collective way once living in the U.S. “No favours”, emphasised a seemingly jumping-the-gun Trump.

The royal couple, now no longer acting in official royal capacity, made headlines earlier this year when they announced that in order to live “ordinary” lives, they saw no other option but to forsake their royal titles and duties and assume the roles of ordinary citizens.

The original plan was rumoured to be that of dividing their time between living in Canada and living in the United Kingdom. Canadian Prime Minister Justin Trudeau, upon having been questioned by the media on whether or not Prince Harry and his family would enjoy special paid privileges courtesy of the Canadian government, said that Canada would consider paying half of the couple’s security costs for the duration of their stay on Canadian soil.

The Prime Minister also indicated at the time that this was not yet a done deal and that further consultations would be necessary in order for a formal decision to be reached. Many taxpayers at the time of the announcement expressed their concerns at having to possibly foot the former royal couple’s security bills in the light of their no longer enjoying “protected persons” status. The matter was however left out to dry, as government very shortly after the initial discussions entered into full-blown Coronavirus crisis control.

Trump has on his part never been one for tact or diplomacy, and seems to want to now again make a big deal out of small business. The U.S. President is doing everything he thinks he knows how in order to secure a re-election to office come this November. His lashing out about security charges and “paying their own way” is in all likelihood yet another attempt at keeping up the charade of wanting what’s best for ordinary Americans.

And this is a ploy that certainly appears to be yielding dividends. Trump, aside from his on-again-off-again plans to quarantine New York and New Jersey and to lift the national lockdown by Easter Sunday, has been focusing on another kettle of fish altogether: television ratings. It’s becoming ever more clear that the U.S. President is more interested in expressing his views on why CNN is no longer a channel trusted by the people, and why he has reason to brag about his administration’s Covid-19 response ratings, than what he is in the actual numbers that matter. The number of Covid-19 related deaths. The unemployment figures. The number of people expected to die from the virus in coming months. These are the figures that should matter to Trump, but obviously don’t.

But Trump badly wants the world to know this: Harry, Meghan and Archie will be expected to pay their own way.

Was Canada paying for Harry and Meghan’s security?

From November 2019 Canada provided RCMP security, however this was set to come to an end.

Why have Harry and Meghan moved to L.A?

To be closer to their business interests and publicists.

Why won’t Trump pay for their security?

Trump feels that the UK must pay to protect their own family.

Have Harry and Meghan asked the US for security or financial assistance?

No, the royals have not asked for anything.