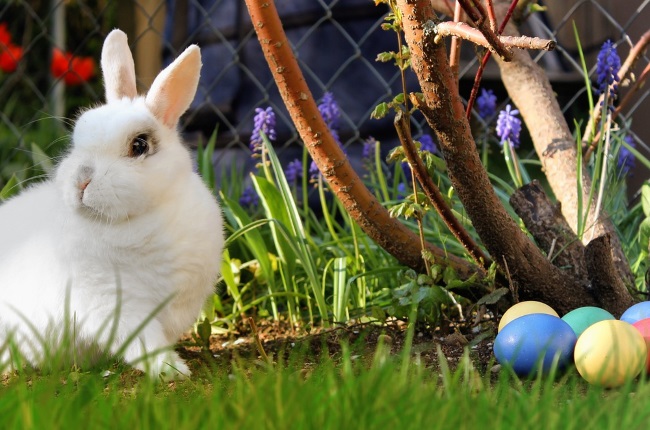 U.S. President Donald Trump has said that he wants the country open and functional to the point of folks being able to pack churches to the brim on Easter Sunday. To be clear, Easter Sunday is less than 3 weeks away. Trump spoke about his dreams for a “normal” Easter Sunday from a virtual town hall event staged by Fox News at the White House in Washington D.C.

That Trump is getting to be more and more out of touch with what is actually happening within the borders of the country he is supposed to be governing is very clear. His remarks come at a time when states are literally shutting down inland borders in an attempt to try and rescue the country from a disaster the likes of which the world has not seen.

Trump referred to Easter Sunday as an important day for many reasons and said that he would love to be able to associate this Easter Sunday by declaring the country virus-free to the extent of business (and apparently religion) being in a position to resume normal everyday activities.

Trump then on the same day as the initial interview, took part in a second interview. Having obviously seen the comments on social media following his initial mad statements, he seemed to back-pedal rather diplomatically about the real meaning behind what he had said earlier on. He this time round came to the party with a rather watered-down metaphor that basically echoed what he had said earlier on, hammering on about the importance of Easter to him personally, and this time leaving the country slightly more to the left-side of his prior analogy.

He then appeared to go completely into reverse gear, saying that he was in fact not entirely sure that “it” would be happening on precisely “that day”, but that it would (again, to him personally) certainly be a beautiful thing.

Trump Needs To Get Real

Trump at the time of the second interview, obviously after having been raked over the coals by his advisors, emphasised that the decision to “open” the country would be based not on any religious convictions or otherwise, but instead solely on whether or not it was in fact completely safe to do so.

But his back-pedalling on Monday afternoon was positively mild compared to the reverse gear struck by the president on Tuesday. He now resorted to make use of abstract expressions like “beautiful” and “only doing it if it’s good”.

Various medical health officials and experts have since passed extreme judgement on Trump, referencing everything from irrational to being completely out of touch with reality as possible reasons behind his flippant statements.

According to statistics provided by John Hopkins University, at least 590 people have died from the coronavirus in the U.S. since the outbreak in China in December. 46,500 more are currently fighting the infection on U.S. soil. It’s not at all unreasonable to expect a sense of tact from the most powerful man in world politics.

What is Trump’s “beautiful timeline”?

That all states will be back to normal by Easter Sunday.

How many people in America have been diagnosed with Covid-19?

More than 46,500 with numbers increasing daily.

When did Trump say he wanted a “normal Easter”?

On Tuesday the 24th, in a live TV broadcast.

No, he has received backlash as the danger of COVID-19 is still a major concern.