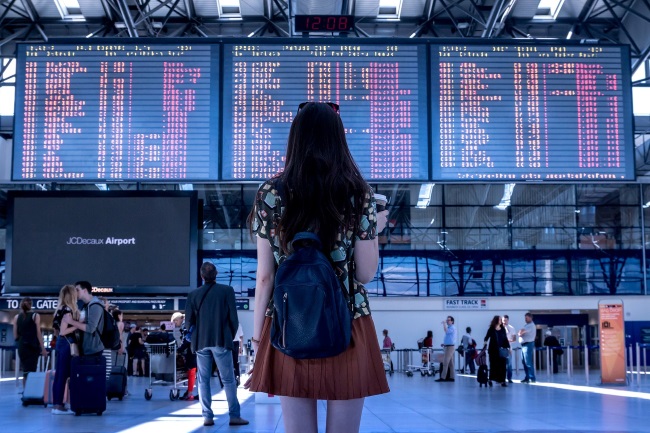 U.S. President Donald Trump is playing the blame game yet again and has now said that the European Union, to his mind, has failed horribly regarding halting the spread of the Coronavirus. Trump has furthermore said that as from 11:59 p.m. (eastern time) on Friday March 13, America will no longer be a free-entry sort of port and that various restrictions will apply in terms of those travelling from Europe to the United States. The restrictions, said Trump, will be in force for a period of at least 30 days. Exceptions will only be made for Americans who are able to show that they have been subjected to the relevant and necessary Covid-19 screenings.

Trump seems to truly have it in for EU and has pointed out in so many words that the restrictions will not apply to those entering the country from Britain. He did not elaborate regarding selected other countries no longer part of the EU and only included, by definition, the 26 countries that now make up the Schengen area.

There are a small number of other criteria which when applicable, will allow travellers from Europe to enter on condition into the U.S. These are permanent residents of the U.S., as well as their immediate family members. The exemptions were made available via the U.S. Department of Homeland Security.

Trump has on his part been hammering on about the reason for the restriction being that of a failure on the part of the EU to have implemented proper precautions. The announcement was made only hours after the World Health Organisation declared the Coronavirus no longer merely a state of emergency, but now a full-on global pandemic.

Trump said that he would do everything in his power in order to protect everyday Americans and that early measures implemented by the United States, including the country having barred the majority of China travel, had been responsible for the fact that the U.S. is currently experiencing considerably fewer cases of the Coronavirus than most European countries.

The U.S. President also during the time of his prime time address referred repeatedly to the fact that had the EU implemented the same precautionary measures as did the U.S. under his leadership, the continent would in all likelihood have been a great deal better off for it now. Trump says his decision to implement strict travel restrictions was taken following his having consulted with chief government health officials in the country.

He all throughout his address emphasised the fact that his was a “no apologies” type decision and that the protection and good health of all Americans would remain his first priority – come what may.

New York Governor Andrew Cuomo has in the meantime unleashed a proper storm on social media after he referred to Trump’s decision as one of pure politics during a radio interview with host Jay Oliver on Wednesday morning.

Cuomo also said that he may very well concede to Trump’s request that the state grant access to the DMV database to state authorities for the purpose of determining which residents would in future still qualify for the state’s Trusted Traveller Program. But, said Cuomo, his concession would be no more than trying to call the president’s bluff.

Why is Trump enforcing a European travel ban?

Trump maintains the European Union failed miserably in its attempts to stop the spread of Covid-19.

What does Trump’s travel ban mean?

From Friday March 13 the US is no longer a free entry port and travellers from 26 countries that make up the Schengen area will not be allowed entry into the USA unless they meet specific conditions.

How long will Trumps EU travel ban remain in place?

What exceptions are made to Trump’s EU travel ban?

Americans who can show they have been screened and are negative for Covid-19 are exempt, as are permanent residents of the USA and their immediate family members.