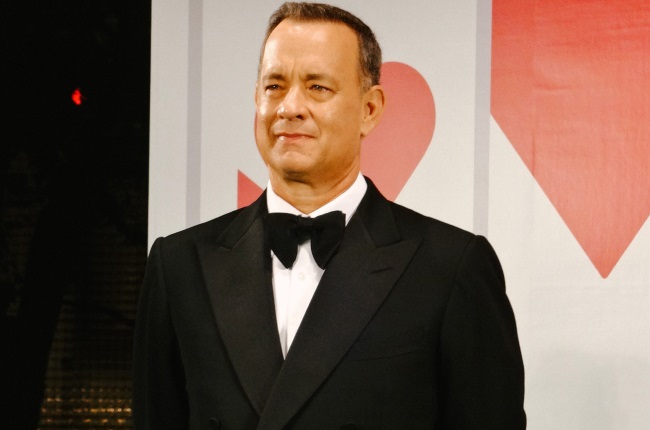 Tom Hanks and wife Rita Wilson have both tested positive for Covid-19. The 63-year-old Hollywood actor is working on a new currently still-untitled production about singer Elvis Presley on the Gold Coast in Queensland and has been sight-seeing Australia with his wife at this side. A few days ago, the actor announced the Coronavirus diagnoses on social media platform Instagram, explaining that he and Wilson had both begun feeling slightly tired and a bit like as if they had contracted a common cold.

They however decided it best to be tested for Covid-19 for safety’s sake and were then found to indeed be positive. He also wrote about them having had experienced some body aches and a general feeling of lethargy ahead of having arranged for the tests to be performed at a local hospital in Australia.

One Day At A Time

The Academy Award-winning superstar seemed positively resolved to simply take the news in his stride and said that since local medical protocols applied, he and Wilson would be observed in isolation until such time as what health and safety officials deemed them clear of infection. He said that a one-day-at-a-time approach seemed to the couple to be the best course of action given the circumstances.

The couple are indeed now in isolation at a hospital situated on Australia’s Gold Coast. Queensland premier Annastacia Palaszczuk has in the meantime said that public health officials would now commence “contact tracing” with the goal of determining who all had been in close contact with the famous couple. Those found to have come into close contact with Hanks and Wilson will, according to the premier, be required to self-isolate and remain in quarantine for the prescribed period.

Palaszczuk cautioned against a panic as far as fans went who had over the course of the past couple of weeks posed with Hanks and his wife for selfies as they explored the country. Selfies do not constitute close contact by definition. Health authorities have however begun liaising with producer Baz Luhrmann as well as the rest of the cast and crew who had been working with Hanks on the Presley-production. Those found to have been in close proximity to Hanks will be isolated and tested too.

Close proximity, said the premier, is according to Australia’s chief of health, a time-period of contact spanning longer than 15 minutes. And so, a selfie with a fan would definitely not qualify when taking into account the official definition.

All Will Be Well Says Chet Hanks

The premier also said that the couple had been enjoying their time in Australia’s Gold Coast region and that Queensland counted itself lucky to have hosted the amicable actor and his wife. She also said that the couple would be receiving the best possible treatment available during their time in hospital and that she had full confidence in the ability of the presiding physicians and wished the couple a complete and prompt recovery.

The couple’s son, Chet Hanks, has in the meantime posted a video and announcement of his own to Instagram, saying that he had spoken to his parents on the telephone and that they are both in fact fine and not too worried about having received a positive diagnosis.

He said that he thinks that its “all going to be alright”.

Where did Tom Hanks get Coronavirus?

On the Gold Coast in Queensland, Australia.

What movie was Tom hanks working on when he caught Covid-19?

A still-untitled production about the life of Elvis Presley.

How did Tom Hanks tell the world about his Covid-19 diagnosis?

Where are Tom Hanks and Rita Wilson being treated for Covid-19?

The couple are in isolation in a hospital on the Gold Coast.

How long will Tom Hanks and his wife be in isolation for Covid-19?

Until they both test negative for the virus and have made a full recovery.