Why Thrifting Is Cool Again 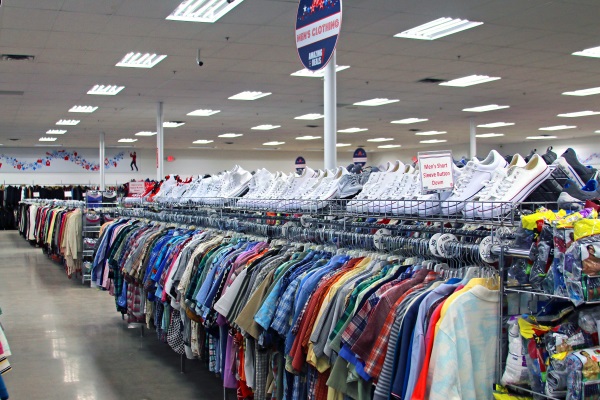 It used to be that buying clothes from a second-hand store, or “thrift” store, was regarded as wholly uncool. The very idea brought to mind images of folks digging in smelly containers in desperate search of a bargain because of a supposed inability to afford new clothes. But a recent survey conducted by online retailer Kijiji suggests the exact opposite, referring to a complete turn-around in the attitudes of consumers.

The survey and subsequent report suggest that folks are becoming much more “community-minded” and that this change in attitude infiltrates just about everything that has to do with anything, including the overall attitude towards shops previously almost exclusively run by organisations like the Salvation Army and Hospice.

Read more…Study Reveals Depression Can Be Linked To Poor Nutrition

Interesting to note is that fact that Canadians are topping the ecological motivations charts. Concerns about the environment appear to be driving a new wave of environmental accountability. An example of what this looks like in actual motion is the typical profile of individuals frequenting the Value Village thrift store in Toronto.

Shopper Daniela Baiocchi considers herself policing in defense of the environment by not buying new clothes, especially since “clothing waste is one of the biggest pollutants”. Fellow-shopper Brett Belanger wholeheartedly agrees, being of the opinion that the fashion industry is a dirty culprit when talking planet damage.

Both shoppers are spot-on in their analysis of the situation and the fashion industry is indeed to blame for a multitude of earth’s environmental woes. The industry’s carbon footprint is considered to be larger and more significant than that of the airline and shipping industries combined. Its not at all hard to fathom why this is so; one only has to consider the pace at which our landfills are filling up as a direct result of discarded “fallen” fashion.

Waste Not Want Not

But why the change of heart on the part of the typical Canadian consumer? It appears to be a combination of things instead of just one or two incidents or events. Apart from an acute awareness about the environment among younger generations, there have been a multitude of external factors driving the wheels of change ever forward.

An example of this would be Marie Kondo’s popular Netflix series “Tidying Up”. The series made its appearance on the popular platform in January and proved in instant smash-hit. Kondo preaches a gospel of the importance of downsizing; of holding on to only those items regarded as necessary for functional everyday life. Marie Kondo basically made zero-waste cool again, causing the environment to exhale a massive sigh of relief.

Be a WINNER! Hit the JACKPOT playing online casino games.