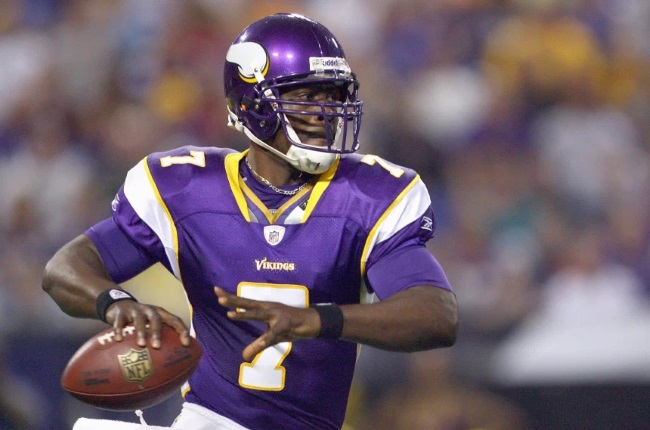 Ex-NFL player and former Vikings QB Tarvaris Jackson, 36, died in a car crash on Sunday evening, Alabama authorities have confirmed. The former quarterback’s car had reportedly left the road whilst driving on Pike Road, which is about seven miles south of Montgomery (Jackson’s hometown), in his 2012 Chevrolet Camaro, after which the vehicle had struck a tree and overturned. Authorities have confirmed that the accident happened at around 8:50 p.m. on Sunday evening and that it’s not year clear exactly why Jackson’s car had left the road in the manner that it did. State Trooper Benjamin Michael Carswell has since confirmed that Jackson’s was the only car involved in the incident, and that the former NFL-star was pronounced dead upon arrival at a nearby hospital.

Read More... Severe Storms Kill At Least 32 In The South

Jackson was, prior to his death, appointed quarterback coach for the Tigers by the Tennessee State University. He only served the team for a very short time, a fact now desperately lamented by all who got to know him over the course of recent months. Tennessee State University Director of Athletics, Teresa Phillips, described her heart as being heavy with hurt upon having heard of the demise of Jackson. She described his time at the university and with the Tigers as a time of enormous impact on the young men who make up the team.

His Run With The Super Bowl

Jackson in fact spent the very first five seasons of his career with the NFL with the Vikings, but mostly as a backup quarterback. During his 2nd season with the Vikings, he made a total of 12 starts for the team, racking up throws of more than 1,900 yards, going in for 9 successful touchdowns and going strong at 8-4 boosted by a total of 12 interceptions.

He then went on to make a single playoff start with the team during the 2008 NFC Wild Card Playoffs, which were played against the formidable Philadelphia Eagles. And even though the Vikings lost that particular round, Jackson managed to put up a stunning delivery.

Tarvaris Jackson later on, in 2014, showed the NFL world exactly the type of mettle that he was made of when he won a Super Bowl as No. 2 quarter back whilst playing for the Seattle Seahawks.

Mourning A Man Of Character

Jackson’s death is mourned by family, friends, colleagues, and also several present and former fellow-players. Many reacted to the star quarterback’s passing on Twitter on Monday morning, posting memories and tributes to the man they had come to consider their friend. Players who contributed include former Vikings Greg Coleman, Chad Greenway and Ben Leber. They were joined in their heartfelt tributes by Seahawks QB Russell Wilson.

Jackson, even though he never made it into regular Vikings play during his playing seasons with Minnesota, was regarded a player with incredible potential. But more than this even, everyone who knew him, knew him as a person of character and someone who could be relied on in terms of professional behaviour and willing to help where help was needed – without fail.

Jackson is survived by his wife and three children.

How old was Tarvaris Jackson?

When was Tarvaris Jackson born?

Where did Tarvaris Jackson die?

How did Tarvaris Jackson die?

A car accident with no other cars involved.

What was Tarvaris Jackson driving when he died?