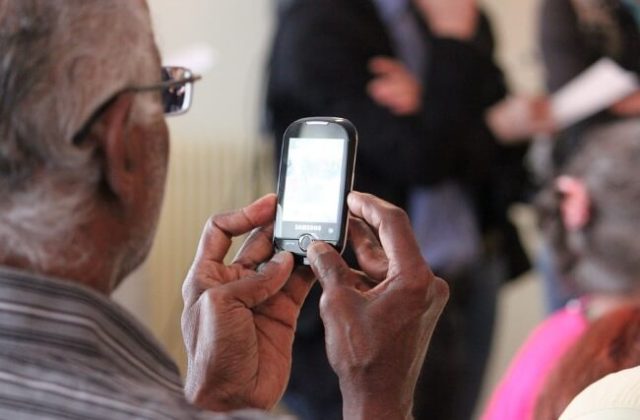 Seniors are doing it for themselves. Or at least, they very badly want to. Technology is notorious for its want of selectively excluding older members of society, a tendency referred to as “ageism”. But seniors, bless their determined souls, press on, wanting to learn how to do everything that younger generations are doing with supposed natural ease.

Its no surprise then that educated and informed senior citizens (people over the age of 60) are now considered to be the fastest-growing group of Internet users worldwide. This according to a report compiled by Statistics Canada. The 2017 Phew Internet Study discovered that seniors; and specifically those who are highly educated and considered affluent; are all in on smart phone ownership. So much so that they represent the segment responsible for the fastest jump to smart phone ownership in the US today.

The industry will want to keep its “mature” market happy if it knows on which side its bread is buttered. Its current tendency to focus on the youth will have to be revisited if its going to tap into the wealth of new business potential just waiting to be mined over in senior-citizen land.

A company called Senior Planet is committed to the cause of aiding seniors in the quest to become tech-savvy. Senior Planet now has a number of offices and learning centers across the US, in addition to its flagship New York studio.  Senior Planet’s slogan gets right down to it too, “aging with attitude”.

Senior Planet equips seniors with the necessary tools and know-how so that they too may tap into everything that the technological and online revolution has to offer. They are basically taught the rules of the Internet Of Things. Every conceivable element is on the training menu; from safely and effectively navigating the world of online dating, to acquiring the resources necessary to become digital Internet entrepreneurs.

Founder Tom Kamber says that the needs of seniors coming in for training vary. Some have very limited tech-skills and want to be taught the bare basics of how to operate a computer. Others are interested in things like setting up a website for commercial purposes or digital design skills.

People are now more than ever before opting in on continuing to work well into their senior years. Some have to and others want to, for whatever reason(s). By equipping them with the necessary skills in order to take full advantage of technology, organisations like Senior Planet are helping seniors to continue earning an income.