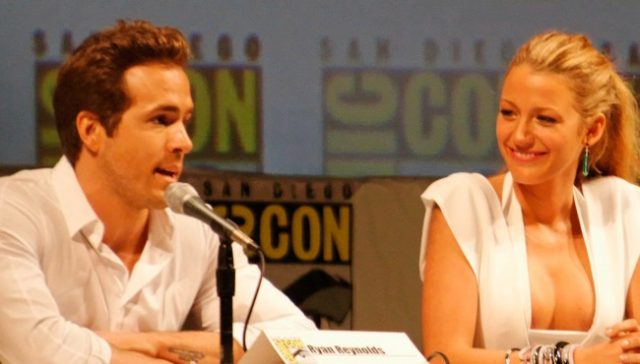 Popular Hollywood actor Ryan Reynolds; most recently adored for his persona as the amicably lopsided Marvel superhero Deadpool; may have seemingly effortlessly reached the highest rung of success on the film industry’s ladder, but that doesn’t mean that wife Blake Lively’s sweetheart isn’t perfectly in tune with where he came from. Ryan Deadpool Reynolds remembers his Vancouver roots.

And this is exactly what Reynolds and wife Blake Lively did this past Remembrance Day, when they went on a date that can only be described as truly, authentically and purposefully Canadian. Reynolds had started out celebrating the day on an almost sacred tone when he paid homage to the Royal Canadian Mounted Police by posting a tribute photo of his brother alongside the hashtag #CanadaRemembers on photo-story share platform Instagram.

But Reynolds’ connection with the Mounties run much deeper than his brother Terrie currently serving in the force; his father too, James Reynolds, once served in the force; a cause he (James) had dedicated his entire life to. So much so that his unwavering dedication inspired the young Reynolds to want to become a Mounty too.

After the couple had paid due homage to Canada’s Mounties, they then went out on a truly Canadian-themed New York town evening of entertainment when they went to see music played by Canadian legend; you guessed it; Steven Page, former frontman for the Barenaked Ladies.

And hats off to wife Blake Lively for supporting Reynolds in his love for his background and the country of his bones in the selfless way in which she has been doing ever since the pair were wed. Lively, who is originally from California, earlier on this year in August, gifted Reynolds with a specially commissioned (by Lively of course) painting depicting hubby Ryan as a young boy delivering Vancouver Sun newspapers to his childhood home in the Vancouver.

Reynolds later on posted images of the painting on Instagram, thanking wife Blake for what he referred to as “the greatest present my wife has ever given me”. Reynolds at the time jokingly quipped that if ever there were to be a fire in their home, he would grab the painting first, and would return for wife Blake only once the painting had been moved to safety.