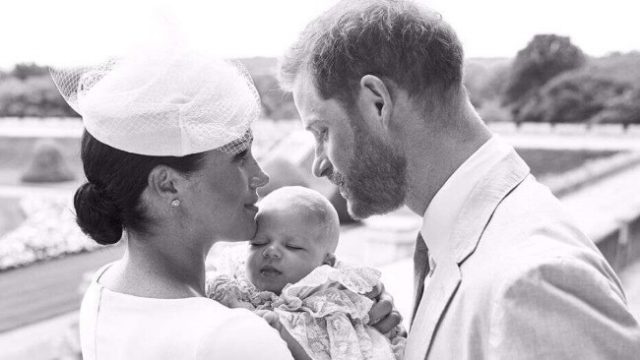 He may only be 2 months long in the world, but Prince Harry and wife Megan Markle’s son Archie is already inspiring millions towards action. According to baby names research firm Nameberry, the name Archie is now officially topping the popularity charts as for as baby names go for the current year so far.

The royals may have had a lot to do with the recent surge, but the truth is that the name Archie has been a popular one in England since the early 2000’s, and probably even earlier than that. In the US, the name took a plunge when in the 1980’s it dropped from the Top 1000 list. It did however make a comeback in 2018, long before little Archie Harrison Mountbatten-Windsor made his royal debut.

Read More… Canadians Of All Ages Are Embracing The Grey

Even The Bookies Were Surprised

The fact that the world didn’t exactly expect the newest addition to the royal family to be christened Archie is evident from the fact that the name took the bookies by surprise. Many other names performed much better on betting lines, including Arthur, Albert, James and (of course) Philip.

According to socialite Gayle King, who happened to be a guest at Archie’s official baby shower back in February, there may be a lot of hype around the baby’s name, but this did not mean that Archie’s parents actually even cared whether the rest of the world liked the name or not. It was their choice to name him Archie, after all, and it could just as well have been any of a variety of other names.

It Was To Be Expected

The name is in many ways quite symbolic of Prince Harry and wife Megan’s own special union and story. Archibald just happened to be the name of the 9th Earl of Argyll of Scotland, and most other royals would in all likelihood have noted the baby’s name as such on his birth certificate. Harry and Meghan have however opted to go with the more casual, and decidedly more “American”, “Archie” instead.

The name Archie means “truly brave”. This makes the young royal to be officially known as the “truly brave son of Harry”, thanks to the combination with his second name of course, being “Harrison”, which literally means “son of Henry” or “son of Harry”.

Love BETTING ON just about EVERYTHING? Find novelty bets and more online!