Why Canada Has Embraced The Greta Factor 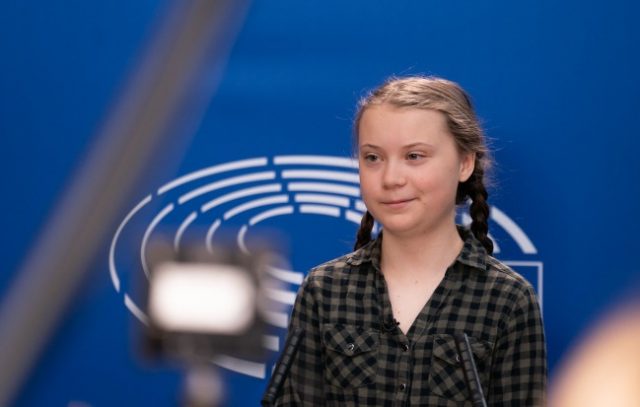 Greta Thunberg isn’t your average teenage hero; in fact, she isn’t even your average any hero. And yet, the phenomena now known as “The Greta Factor” has made it so that the 16-year-old Swede isn’t only the name on every Canadian teen’s lips, as well as a hero to many others; old as well as young; all over the world, but also attracts literally tens of thousands of people whenever she decides to speak at a climate change gathering.

But what is it that attracts other young teens to Thunberg in such an obvious and bordering on religious way? It’s the fact that she is brave enough to say what many others would like to, but do know have the courage or even the know-how to do, says 15-year-old India Harris; one of the many teens who recently gathered at the Vancouver Art Gallery to hear Greta Thunberg voice her feelings on climate change, and specifically the fact that governments aren’t doing nearly enough to make it stop.

Not only does Thunberg readily take to drawing on solid science in order to back what she is asking for, but she also speaks openly about her living with Asperger’s Disease. And its perhaps this absolute authenticity and brave vulnerability that attracts young and old and make teenagers to hang on her every word.

Asperger’s, a reasonable understanding of science beyond her years and a willingness to show herself to the world may not be qualities that fit the typical profile of a teenage hero, but these are the very things that have earned Thunberg teenage climate-change Rockstar-style hero status.

It’s the authenticity, says Greg Gerrard, Professor of Environmental Humanities at the University of British Columbia’s Okanagan Campus; that coupled with Thunberg’s unwillingness to show herself to people as being anything other that what she really is, that has made her to “rise above the din”. It basically comes down to people being hungry for those who are able to cut through the crap and with absolutely no pretence or hidden agenda, speak their minds and hearts about issues that are important enough to them to enter the arena and get their hands dirty, risking shame and ridicule as they go.

Also, Thunberg has not once descended into the political fray. Gerrard says it best when he points out that Greta Thunberg is “a lot like the kid” in a particular Hans Christianson Anderson story. Greta Thunberg is the kid who points at that the Emperor isn’t wearing any clothes.