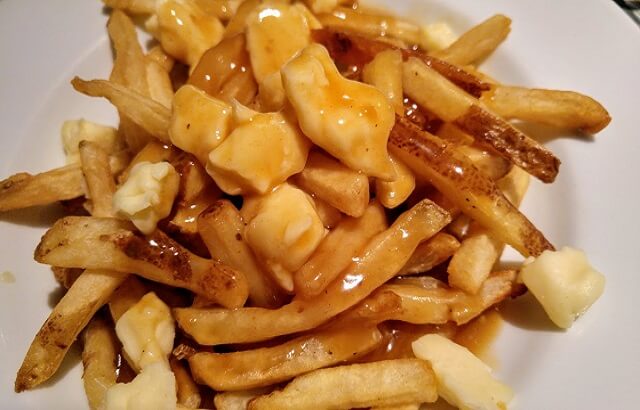 A TikTok user and wholesome quality food-appreciating teen from Quebec has taken it upon himself to right an important culinary wrong.

Quebec teen Hugo Vezina can in a recent TikTok video response be seen reacting to Seattle chef Matt Broussard’s “home-made” recipe for poutine. The only problem though, and one pointed out to him by a clearly hyperventilating Vezina, is that chef Broussard’s version of the local Quebec dish is a dish of creamy potatoes combined with scallions.

Aside from the fact that Broussard’s poutine is nowhere near French fries and cheese covered in brown gravy, which is of course how the dish is supposed to be made, it contains onions. Or in the hilarious choice of words vocalised by the disappointed teen, “pourquoi tu mets des f__king oignons”. Needless to say, being fluent in French isn’t a prerequisite to understanding exactly what it is that so upset Vezina that he deemed it necessary to make a TikTok day of it.

Onions, says the teen, don't belong in poutine. And even if the need should for whatever reason arise to add the devil’s food to the classic dish, then a powered version would according to Vezina have been a much better bet.

As in a bet that if unblended, is sure to kill you.

Poutine, often incorrectly pronounced with extreme Anglo flair that changes it to “pou-TEEN” instead of how it's supposed to be pronounced, namely “pou-TSIN”, is a dish often gotten completely wrong outside of its home province.

The dish is often overcomplicated and awash with potatoes and cheese in every conceivable wayward form – every form, that is, besides French fries and good old Quebec cheese curd. Not to mention even some others who have insisted on jazzing up the classic by adding spaghetti or, perhaps most insulting of all, turning the entire thing into a doughnut.

Perhaps the reason so many have sided with Vezina is the incessant need by some of the world’s leading chefs and food companies to fancify fast food to the point of it no longer qualifying as fast or food. Creating a hamburger from good quality beef and fresh sauce and salad is acceptable – even preferred – but adorning an American-style hotdog with French truffle and foie gras is pushing everybody’s luck a couple of miles too far.

Point made and taken, Hugo Vezina.