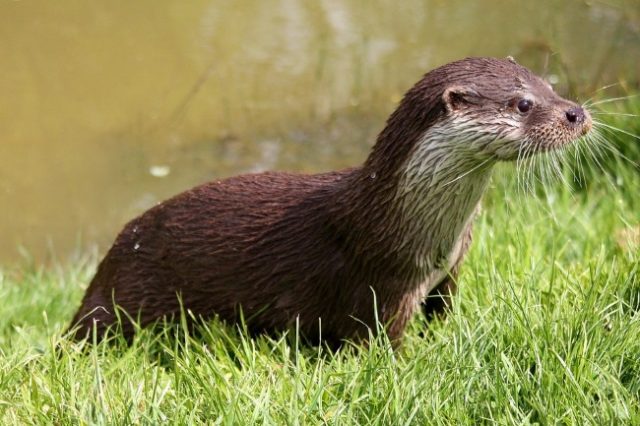 When all is said and done, only one question remains, are you behind #TeamKoi or are you behind #TeamOtter? The otter suspected of having terrorised the koi fish community of permanent residents at Vancouver’s Dr. Sun Yat-Sen Classical Chinese Garden last year, has been at it again. This is the general suspicion at least, as the garden’s human caretakers aren’t sure whether this year’s fish-sampler is the same otter responsible for last year’s panic and mayhem among the members of the local koi community.

The latest casualties total 6 in number, raising suspicions that the koi-terrorist has made its return to the garden. This, and the fact that a suspect that fits the general description has been spotted in the vicinity of the carnage; 3 koi carcasses.

The latest murder spree has prompted the garden to close up shop for a couple of days as the hunt for the disturber of the peach intensifies. It would be wrong to generalise in terms of saying that 6 isn’t too bad compared to the total number of victims to have lost their fishy lives last year, but its also true that the time for action is now considering the absolute killing spree that went down in the land of the koi in 2018. Last year’s spree involved a total number of 11 koi killed and eaten by the rogue predator, including a 50-year-old famous fish named Madonna.

The park’s protectors have said that they have started to relocate the koi residents to safety and that the venue will be closed for business until such time as what the relocation process is complete or the rogue otter has been trapped; whichever happens first. Once the criminal-at-large has been captured, the plan is to relocate it to Fraser Valley. It remains a mystery where it came from in the first place, what with the garden being surrounded on all ends by busy streets. Last year, however, a local human Vancouver resident had contacted the garden in order to inform caretakers that the otter may have been a former resident at a local nearby park located between the garden and False Creek.

At least this year; unlike last year; the slippery foe has been caught on camera, with one eye gleaming ominously in the flash of the camera. The garden has in the meantime said that it plans on re-opening in a matter of days, just as soon as what the current survivors have been safely relocated.

Bet on the sports you LOVE online! Wager and WIN 24/7.