Electric Scooters Headed For Ontario In 2020 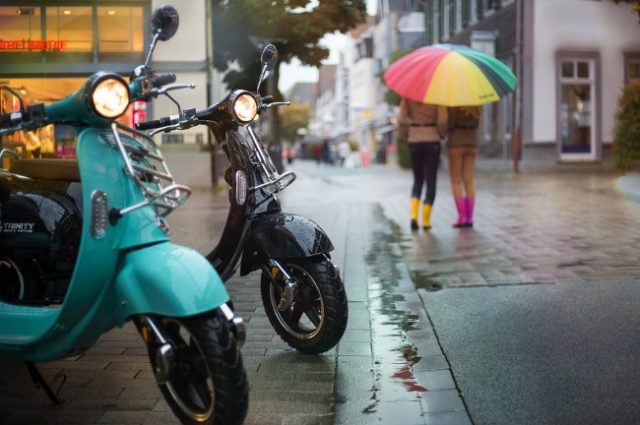 Ontario Province recently announced that electric scooters will be allowed on the province’s roads come 2020 and will remain legal for an initial pilot period spanning 5 years; a sort of test-phase if you will. For those not familiar with the concept, electric scooters are basically less effort than riding a bike but also less creature comfort than driving around in an actual car. They offer to folks an alternative means to get around; cheaper than Uber and certainly a heck of a lot more convenient than being on foot.

But even though many Ontarians welcomed the news with open arms, having been up until now “spared” the joy of the electric scooter whilst regions like Edmonton, Waterloo, Montreal and Calgary were treated to the superbly quiet noise of the electric buzz; with various levels of success and customer-satisfaction (granted!); much earlier on in the introduction process, many are sceptic about this particular way of getting around, mainly due to some epic fails at some of the mentioned locations.

The City of Waterloo, for one, has decided not to immediately renew its contract with electric scooter supplier Lime Canada. Officials have said that the concept will be re-evaluated at a later stage; how much later is anyone’s guess, what with it being glaringly obvious that Waterloo wasn’t exactly taken with the concept.

Edmontonians; bless their unforgiving souls; have taken to burning electric scooters after rifts erupted between pedestrians and scooter riders insisting on navigating their chosen means of transport along sidewalks.

And then there’s also been the issue of abandoned scooters being left to die alone all over the show. Well, not alone per se, as their discarded leftovers were found in a variety of public places all over Montreal. This gave rose to a rather comic Instagram profile documenting abandoned scooters left behind in shopping centres, subway stations, the middle of the street (one can only surmise at what must have happened here), and one particular scooter even dropped into a canal.

But haphazard abandonment and being burnt at the scooter-stake aside, companies like Lime and Bird face a much bigger monster of a challenge than any man-driven behaviour. The brute and restless fiend that is the Canadian winter will certainly not permit any e-scooter to invade its ice-slippery territory without maximum resistance. Which effectively means that all manners of Birds and Limes will have to be docked for a period every year.

But all of the above considered, Ontario’s Ministry of Transportation is willing to give it a 24 km/h go (that’s the speed limit) in the spirit of boosting businesses by making it more convenient for people to get around.

January 1st will reveal all.

Deciphering The Meaning Of Cancel Culture

Meghan Markle On Challenging The Norm