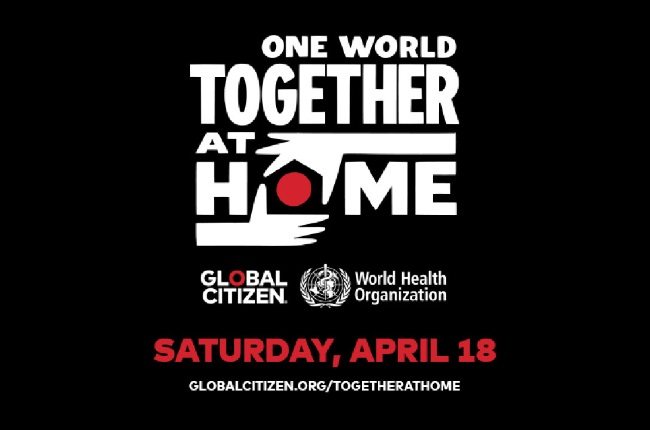 Saturday’s One World: Together At Home special music event, curated by Lady Gaga and presented in collaboration with the World Health Organisation and the Global Citizen, will in all likelihood remain as fixed in our memories as the current global fight for the return to our human normalcy. Saturday evening saw millions of viewers around the world stream the virtual concert from the homes of artists like Lady Gaga, The Rolling Stones, Celine Dion, Billie Eilish, Eddie Vedder, Keith Urban and Beyoncé Carter-Knowles, into their own homes.

The special broadcast made a point of not charging a fee or asking for donations from individual viewers, but instead invited pledges from large corporations and philanthropists – pledges that have now officially surpassed the $150 million mark. All donations are in support of the World Health Organisation’s Solidarity Relief Fund. And as for the concert itself – all who participated did so in honour of a very special group of people: medical health workers fighting on the frontlines for the lives of those who are no longer able to fight for themselves.

Singer-songwriter Beyoncé Knowles-Carter made a surprise appearance and shared a very special message with the world. The artist dedicated the special event to the thousands of nurses, doctors and other health care workers who are tirelessly fighting an unknown enemy, oftentimes at their own peril, whilst away from their own families. The singer also thanked all those working in essential services such as food industry workers, those working in sanitation services, mail carriers and postal industry workers, and those ensuring the prompt round-the-clock delivery of food and protective gear to medical service personnel.

The singer appeared alongside the hosts of the special show, Jimmy Kimmel, Stephen Colbert and Jimmy Fallon, and spoke about the effect that the current global health situation was having on especially black American communities, saying that the delivery of essential services are disproportionately placed in the hands of a workforce that doesn’t necessarily even possess the luxury of being able to work from home, even if this were indeed possible.

Knowles-Carter then went on to quote statistics cited in a report compiled in Houston, Texas, that draws attention to the shockingly high number of deaths among especially African Americans, a sub-population typically plagued by a variety of chronic illnesses due to poor health care.

The singer closed off her message by saying that even though she knows how hard it can be, African Americans, alongside everyone else tuning in from all over the world, are to keep their faith and stay positive, and most importantly remember to pray for the health workers of the world.

Media mogul, beloved ex-talk show host and philanthropist Oprah Winfrey made a special guest appearance too, making use of the opportunity to remind the world about the risks currently being taken by the world’s health workers. The talk show queen praised what she referred to as their “phenomenal acts of courage” – acts seen all over the world and acts appreciated now more than ever before.

What was the One World: Together At Home Concert?

Who organised the One World: Together At Home Concert?

Lady Gaga was the brains behind the event.

What is Lady Gaga’s real name?

What did the One World: Together At Home Concert raise funds for?

How much did One World: Together At Home raise?

Could YOU hit the jackpot online? Play casino games to find out!