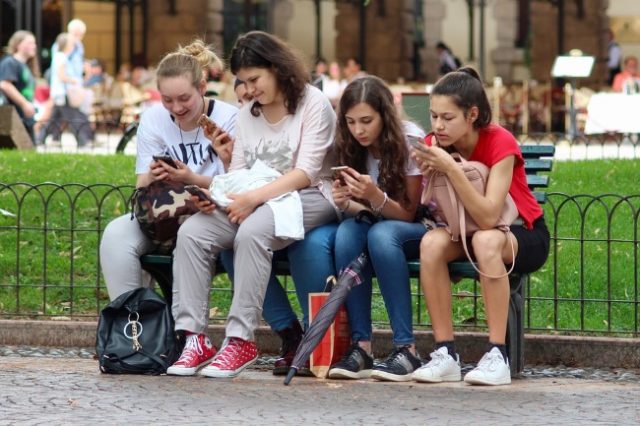 If nothing you’ve uttered online has ever been met by the response, “OK boomer”, then chances are you’re either not very active online at all in terms of voicing your opinion, or you were born post-1965. In other words, you’re not classified in the category of “baby boomer”.

But “OK boomer” is way more than a younger generation casually flipping any out dated view or opinion the bird in the most casual of ways; its in many ways a passive rebellion on the part of Generation Z in response to older folks being, to the minds of younger generations at least, being out of touch with present reality; out dated even. Moreover, it’s become so commonly used and collectively understood by those responsible for having coined the term, that OK boomer has attracted its own “definition” of the phrase on Dictionary.com.

Read More… Why Canadians Are On A Go-Slow This Christmas

OK Boomer Belongs To Them

But what of Generation Z? Who are the people behind OK boomer really? According to statistics, Generation Z comprises of the youngest generation alive at this present time; those born between the middle 90’s and the present day. Statistics Canada in 2017 estimated that Generation Z made up some 17.6% of Canada’s population total.

It must be said that the dividing line between “millennials” and “Generation Z” has always been somewhat blurred. But, say those who appear to have a firm grip on age labelling, what separates millennials from the latter grouping is whether or not an individual actually remembers 9/11. If the tragic day is part of something that a person considers to be a part of his or her personal history, then chances are that person is a millennial. If it’s a matter of the events merely being part of a greater history of the United States, then Generation Z it probably is.

They Are The Doers

Generation Z in general views itself as being not only a grouping of people that is more hopeful and optimistic that most others; despite its having a keen over-awareness of man-kind being headed in the direction of a dooming end; but also a generation actually willing to step up to the plate and wanting to do something practical about the issues facing humanity’s survival and quality of life.

Basically then, Millennials were the ones to have sat back and looked on in dismay as the situation in the world worsened, whereas Generation Z are up to the task of getting up and doing something to turn it all around.

Which perfectly explains why this is the generation to be dismissing out dated and archaic views and approaches with a simple “OK boomer”, “now please get out of the way and allow us to do something about the problem”.

Ready to WIN big? Play casino games online or on the GO!