Be A Lady They Said – Nixon Video Goes Viral 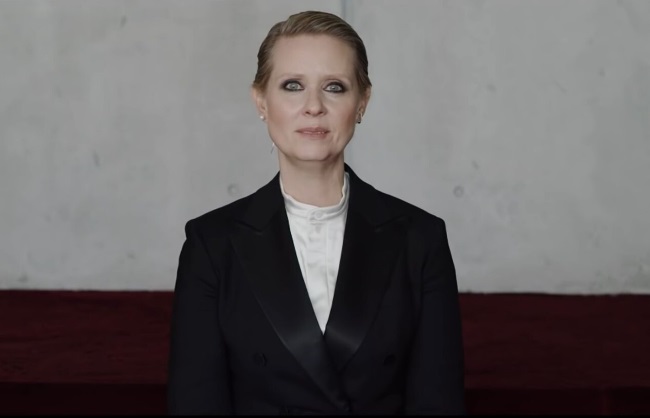 We may no longer be oppressed to the extent of not being permitted to drive a car or even not being allowed to leave the house without a father or brother by our side; at least not in most parts of the world; but despite the liberties we now enjoy as modern-day women, the world remains a slightly more daunting and contradictory place to us than to most men. This disparity and blatantly obvious dual set of rules is once again trending in motion media and this time round its US actress and activist Cynthia Nixon, perhaps best known to many as Miranda Hobbes in HBO’s Sex in the City, making headlines with a provocative new video titled, “Be A Lady They Said”.

In the video, Nixon brings to life a summarised version of a poem written and published by 22-year-old writer and poet Camille Rainville back in 2017. The poem illustrates perfectly the mixed messages fired at woman on a daily basis; messages addressing and attempting to control everything from how we act to what we eat and how we eat it, and in true societal dictatorship dual style.

Or in other words, be everything, but also make pretty damn sure that you’re nothing.

Very poignant is the fact that the video went viral very nearly at the exact same time that now-convicted film maker Harvey Weinstein learned of his own fate after having all throughout his film-making career sexually harassed and even abused women in the film and entertainment industry. And even though Weinstein managed to weasel his way out of some of the other charges that had been instituted against him, the image of the disgraced producer, who happens to now face 25 years behind federal prison bars for having used various women as his own personal sexual toys, leaving the courthouse in handcuffs, does inspire an emotion akin to somehow knowing that there is justice yet for the women of the world.

Weinstein’s conviction of in essence being a serial sexual predator would in all likelihood never have come full circle quite in the way that it has had it not been for the women brave enough to speak up and out at a man once regarded the most powerful producer in tinsel town. The disgraced Hollywood former big shot is no longer free to play his devious games and it’s all thanks to those who spoke out as well those who supported them via the #metoo movement.

The powerful video narrated by Nixon was commissioned by Girls Girls Girls, the same magazine that made headlines a few years ago when it featured actress Rachel McAdams wearing not only Versace and diamonds, but also a breast pump partially filled with breast milk.

Whatever your feelings on Weinstein or breast feeding or any of the other challenges facing women today, be sure to take a look at Nixon’s video. It’s worth way more than just a second thought.

Be a WINNER! Play at Canada’s TOP casinos online TODAY.