Nike Pulls 4th of July Shoe Due To Symbolism 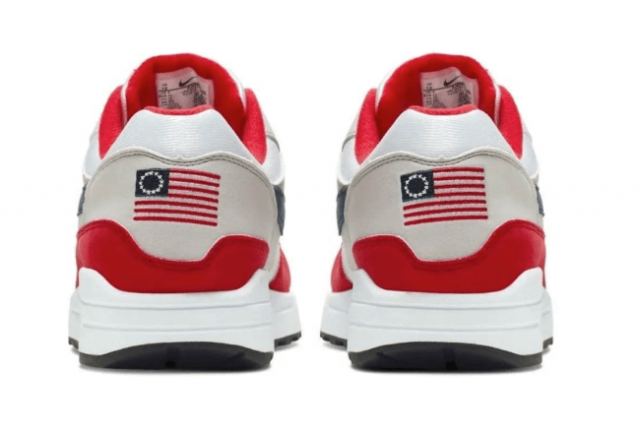 Sportswear manufacturing giant Nike has pulled a specially branded 4th of July shoe after an outcry from former NFL quarterback Colin Kaepernick alerted the company to the fact that the image of an earlier American flag, the Betsy Ross, is actually symbolic to some as a reminder of America’s age of slavery. Kaepernick, a Nike endorser himself, made news headlines in 2016 when he had led and rallied kneeling protests during the singing of the national anthem at NFL games. By protesting in this manner, Kaepernick had at the time said that the hope was that it would raise a new awareness about ongoing social injustices and equality in the country.

Slavery in America was legal following the country having received its independence from Britain, which is in essence what 4th of July celebrations are all about. According to the former player, combining a reminder of that specific period in time with a flag closely associated with the social injustices of the time could be easily misunderstood as a type of celebration of the conventions of the time too.

From Quick Strike To Strike Out

Nike’s new Air Max 1 Quick Strike, featuring the image of 13 white stars in the shape of a circle, has been officially withdrawn. The association with slavery is made so much worse and more prominent by the fact that white supremist groups, widely known for their extreme hostility towards diversity and national inclusion of all races, had lately started to adopt the flag as their own.

A Nike representative has confirmed the recall of the shoe, and has said that despite the fact that an entire batch of the shoes had already been shipped off to retailers all over the country, the sportswear manufacturer has asked the intended recipients thereof to immediately return the shoes to the company as the line will not continue. Nike has also removed the Betsy Ross design from its website.

A Part Of History

Shortly after the story was run by the Wall Street Journal the price of a few pairs of the shoes that had been available at an online retailer, had skyrocketed to $2,000 each. The flip side of the argument remains relevant too, as pointed out by various social media users including a handful of prominent political figures, in that the flag remains a part of America’s history.

People obviously have strong and differing opinions about exactly how history should be remembered and/or celebrated.