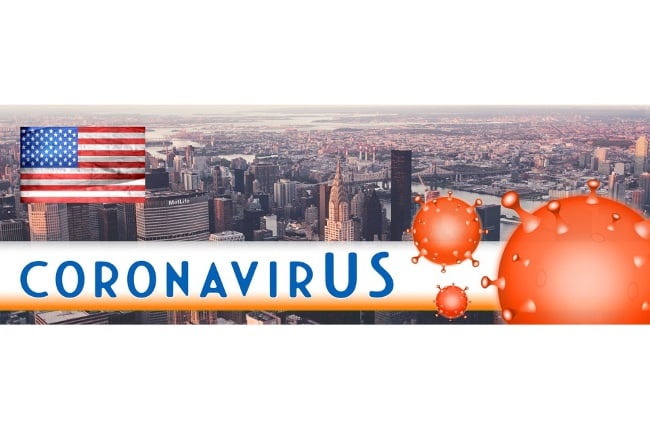 The City of New York has created a Coronavirus “barrier” supposed to act as a containment area around a small community in New Rochelle. The idea is to limit the capacity of the virus to spread any further from that particular area and outwards to other regions. The New Rochelle cluster is currently a big concern for public health officials since it has become clear that the majority of covid-19 infections in the city originated from that exact cluster.

New York Governor Andrew Cuomo has since having given the order that the barrier by implemented, explained that even though it may seem quite drastic a measure, the truth remains that the cluster is the largest place of origin for the virus not only in the city, but also in all of the U.S. as a country.

Holy House In The Middle

It’s also been confirmed that at the centre of all of the drama is none other than a synagogue and that said religious campus is now considered the epicenter of the outbreak in Westchester County. What his means in actual numbers, is that 108 of NY State’s 173 confirmed coronavirus cases stemmed from the region of the synagogue.

The rabbi in office has also since confirmed that he is in fact one of the people to have tested positive of for Covid-19. The synagogue also happens to be the epicenter of the “containment barrier” circle. Extending for all of a 1-mile radius, the barrier bans large public gatherings, in an attempt to more effectively contain the virus.

What’s All The Fuss About?

But despite the media hoo-ha surrounding Cuomo’s decision to act, local New Rochelle resident Phil Silver, who lives right in the centre of the containment area, says that life hasn’t exactly changed at all since the erection of the so-called barrier.

Silver says the only practical changes – or implications – has been that his granddaughter, who suffers from cystic fibrosis, is now no longer able to travel to school and has to be home-schooled instead. But that, and the fact that Silver has to do his shopping a little further away from where the family home is located, are the only evident changes to how things have always been done in New Rochelle.

Silver says his trips out are few and far between. He hasn’t seen much of a reason to go anywhere and obviously wants to do his piece in order to contain the spread of the virus. But he at the same time refuses to hide, said Silver. Even so, visiting the local food court at the mall or going for a night out on the town to the movies or wherever, is completely out.

No Need To Freak Out

And for Silver, the only real important task at hand at the moment is to keep six-year-old granddaughter Brianna safe from contracting the virus – especially when seen in the context of her being at a much higher risk of developing life-threatening symptoms as a result of her existing medical condition.

But with diligence, said Silver, all is well - and all will be well in the future.

Why is New Rochelle under lockdown?

The majority of Covid-19 infections in New York have come from New Rochelle.

How many US States have Covid-19 infections?

All but 3 states, with New Rochelle being the largest point of origin in the USA.

Who spread Covid-19 in New Rochelle?

The source of the virus has been traced to a Rabbi at a local synagogue.

How many people caught Covid-19 from New Rochelle?

So far 173 cases have been confirmed and traced back to this location.

What does the New Rochelle barrier ban mean?

No public gatherings are allowed within a 1-mile radius.

See if YOU can hit the jackpot. Play casino games online TODAY!