Netflix’s “Becoming” Is Right On Time 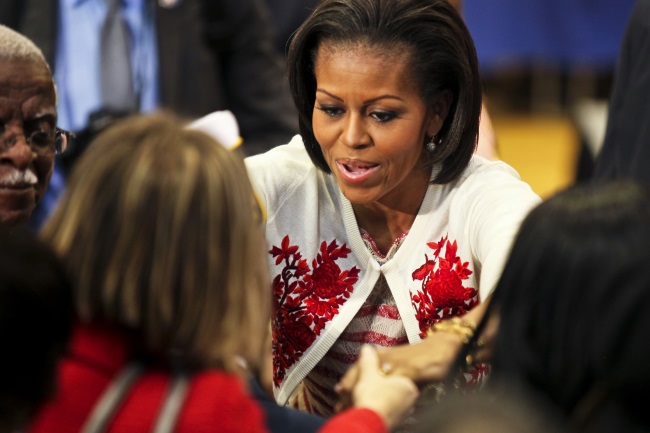 New Netflix documentary “Becoming” not only shares its name with former first lady Michelle Obama’s memoire – it’s the actual documented footage that was recorded at the time of her having book-toured to present the memoire of her life to the people. The footage is powerful, serves no political purpose at all and provides for the first time ever, a sort of unpolished, un-pampered glimpse into the energy that permeates the life of (still) one of the most powerful women in the world.

Dropped on May 6 on Netflix, Becoming awakens in the viewer so much more than just feelings of having been invited into the inside-workings of Obama family-life or even being offered a sneak-peek into a singer or movie star’s lounge during a stay-at-home live Instagram broadcast. It’s so much more than that because it tells a story that is at the same time both intimate and revealing, at the same time both insightful and private.

Perhaps most poignant of all is that Becoming tells the story of the power of the collective during a time the collective feels at its very weakest for having been forcefully disbanded. It brings the viewer full circle round back to a central and powerful truth: even when separated, we remain united in our separation; even when at our very weakest, we remain stronger together.

This is the story of how a story about a story became so much more than documenting a book tour.

When one of the heads of the Obamas’ production company Higher Ground first contacted director and long-time cinematographer Nadia Hallgren about the possibility of her signing up to direct a documenting of Michelle Obama’s book tour, it was said in so many words that no clear direction existed yet about whether the footage would eventually be released to the public in the form of a documentary, or whether it would remain part of Michelle Obama’s private collection – for posterity’s sake and personal use by the family.

Hallgren; more than 15 years a cinematographer; was interested either way. This was the opportunity to tell Michelle Obama’s story, after all. The message to self was clear for Nadia Hallgren: even if the only person to ever lay eyes on the footage were to be the former first lady herself, then that would be perfectly fine too. Hallgren readily agreed to an appointment with the office of Michelle and Barack Obama.

The Interview That Wasn’t

The interview was conducted by the former first lady herself and in a way was what would ultimately prove the key preparation for the journey Hallgren was about to embark on. It had been much more conversation than interview, recalls the director from her home in Rockaway Beach, Queens.

The two talked of their lives growing up on the “wrong” side of society; of what it had been like to hear that a roommate had moved out of a shared room at Princeton because her mother (the roommate’s mother) had not approved of the idea of her daughter sharing a room with a “black person” (Michelle Obama would later graduate a lawyer from Princeton). They spoke of their mothers and about what it meant to Hallgren to be making a film about the former first lady’s experience of the White House.

Hallgren’s reply was what ultimately drew Michelle Obama in and what ultimately meant the director’s privilege would be hers if she wanted it. What Hallgren pitched to the former first lady during that initial meeting would ultimately set the scene for what was to become the glue that binds it all together. This would be a story about storytelling, Hallgren told Michelle Obama, a story about what it means to go and tell a story to others in a way that invites the listener to reflect on and also share his or her own truth.

Nadia Hallgren got the job.

How long have Michelle and Barack Obama been married for?

Where did Michelle and Barack Obama meet?

How old is Michelle Obama?

Is it true that the couple’s children were conceived by means of IVF?

Yes. The couple have two daughters, Malia and Sasha.

Ready to WIN big? Play for a jackpot a casino ONLINE!