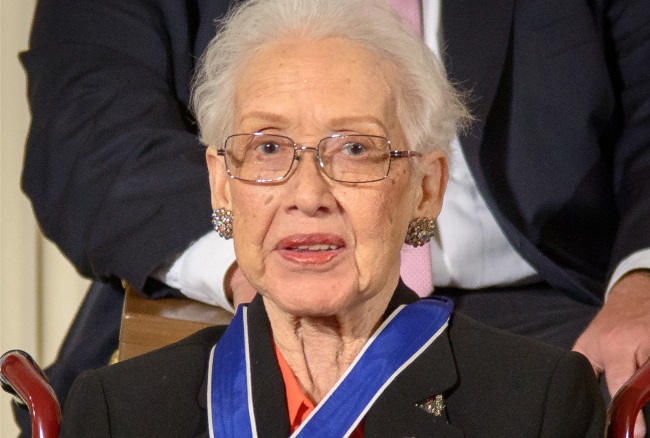 NASA mathematician Katherine Johnson, the woman famously known as the ‘human computer’, has died at the blessed old age of 101. Not too many people know all that much about Johnson or that if it had not been for her super-human mathematical capabilities, man would in all likelihood not put foot on the moon; at least in the 60s. Johnson’s genius mind had practically paved the way for not only the moon landing, but also for safe space travel in general and hit had been her raw calculus talent that had successfully seen to the planning of Alan Shephard’s suborbital flight back in 1961.

But before the release of Hollywood Figures (the movie), even fewer people were aware of the presence of a woman behind the age of space travel than what is the case at present. The movie told the story of how three black women in the employment of NASA had contributed make-or-break mathematical expertise to the US race for space.

What Johnson had managed to achieve during her earlier years with the US space agency is simply nothing less than incredible. During those early days, automatic calculators were considered full-on computer equipment, and with the technology having been relatively new and perhaps even slightly suspect at the time, Johnson performed her calculating by making use only of a pen, paper and a slide ruler.

But despite the seemingly primitive approach followed by Johnson, she remained a trusted name in US space exploration. In fact, right before John Glen became the first American astronaut to orbit the earth in 1962, he requested that Johnson double-check the computer-generated figures. Her superb mind her only secret, it took Johnson a day and a half’s worth of intense scrutiny and of checking and double-checking.

She Believed In Numbers

Johnson fully believed in the reliability of mathematics, and perhaps so above all else. Her former students fondly think back on her having explained to them to remember that despite many things passing away, there will always be science and technology and engineering. And, Johnson is said to have added, there will always, always be mathematics.

It must be kept in mind too that Johnson and her two female NASA fellows worked in space engineering during a time when women weren’t regarded as especially expert at anything; let alone black women. Having started out seated in separate room to the men working in NASA’s department of engineering and mathematics, Johnson & Co. soon made their way back to the main floor. This was the result of Johnson having proved to her male colleagues that she was able to not only keep up with, but also outperform, the best of them.

Johnson eventually retired from the US space agency in 1986.