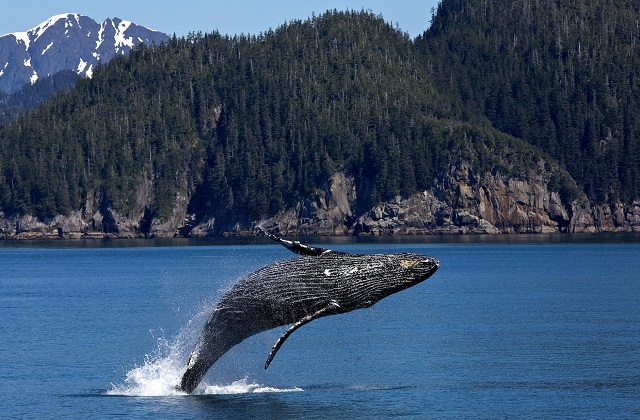 The 9.5-metre-long humpback whale that had managed to captivate the curiosity and attention of folks living in the Montreal area in recent weeks, is reportedly suspected to have died. This according to local whale conservationist and research group, The Group for Research and Education on Marine Mammals.

According to information provided by group spokesperson Marie-Eve Muller, a local boat had on Tuesday morning spotted the carcass of a whale in the water just off Varennes – and about 30 kilometres to the northeast side of the Quebec City. Muller said that the group isn’t yet able to say whether the whale spotted by the boat is indeed the same humpback whale previously spotted by Montreal residents, but that due to the rare occurrence of a humpback whale having made its way all the way up the St. Lawrence River, it most likely is. The cause of death has not been established either and could have involved anything from being hit by a boat to having suffered from any variety of pre-existing illness.

The whale did however seem in perfect energy when it was initially spotted by Montreal crowds, and is thought to have been around two or three years of age when it died – if indeed the creature spotted is the same creature now confirmed dead.

According to Muller, the humpback spotted in Montreal was the first whale of its species to have been confirmed seen in the vicinity of the city. The unusual up-river journey could have been prompted by any number of factors, including following prey or even a trip embarked on out of pure curiosity. Even though highly unlikely, the possibility does exist that the creature could merely have become lost. There are currently more questions than answers, explained Muller.

Far Away From Home

The carcass of the whale spotted by the boat will next be towed to shore in order for a necropsy to be performed. This is according to Muller necessary not only for research and scientific value, but also in order to prevent the carcass becoming a public health risk due to either the smell of decay or large crowds gathering in order to catch a glimpse of the mighty creature.

Experts are reportedly currently still in the process of trying to figure out how to best go about towing the carcass of the whale to shore. The humpback whale was at the time of it having been spotted in Montreal’s waters, several hundred kilometres upstream from its natural habitat.