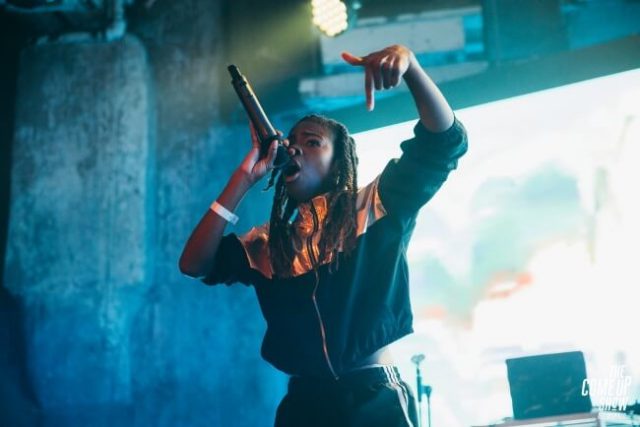 Canadian rap artist Haviah Mighty has been awarded the prestigious Polaris Prize for her album “13th Floor”, making her the first female rap artist ever on whom Polaris recognition has been bestowed. Her album was named Canadian music album of the year by an 11-member jury and according to the evaluation process, was selected as the winning compilation on the strength of artistic merit.

Quite impressive too is the fact that 13th Floor beat 9 other albums to the Polaris post, including albums by Marie Davidson, Snotty Noze Rez Kids, FET.NAT and Jessie Reyez. In addition to the recognition, Mighty was also handed a $50,000 first-place cash prize.

Read More… Drake Unhappy About Folks Showing Up At Home

One Of Only A Few Accolades

The artist gladly and with humble gratitude accepted the award during a Monday-night function and said that despite her having been making music for many years, the Polaris is one of only a few awards and recognition accolades bestowed upon her. This, said Mighty, made it all the more special that the “jury” had deemed her worthy of the prize.

The Brampton artist appeared emotional as she accepted the award and said that ever since high school, the same sentiment had been stuck on repeat in her mind, being “its not the time and its not the place”, but that she was truly grateful that her time had finally come at that at Polaris 2019, it was now both the time and the place.

13th Floor Is A Social Commentary

The album is a reflection on many a social issue and contemporary challenge faced especially by people of colour living in Canada and North America. It tells the story of Mighty growing up as a woman of colour and draws a comparison between the legend of the 13th floor (being a floor that often isn’t talked about for whatever controversial reason) and the lives and everyday experiences of “marginalised people”. The experiences of marginalised people, says the artist, are often not talked about or even acknowledged.

According to Mighty, being a Canadian female rapper with “dark skin and dreads” isn’t exactly what is regarded as “typical Canada”. Growing up, there was never room or opportunity to talk about the challenges of being outside of the norm and even her friends would fail to understand or even lend an ear to the different experiences and the fact that those experiences at times presented extreme hardship, said the artist after the award ceremony.

In addition to her being an independent artist Haviah Mighty is also a member of Toronto’s all-female hip-hop group The Sorority.

Get YOUR hands on the BIGGEST rewards. Play for a JACKPOT online NOW!