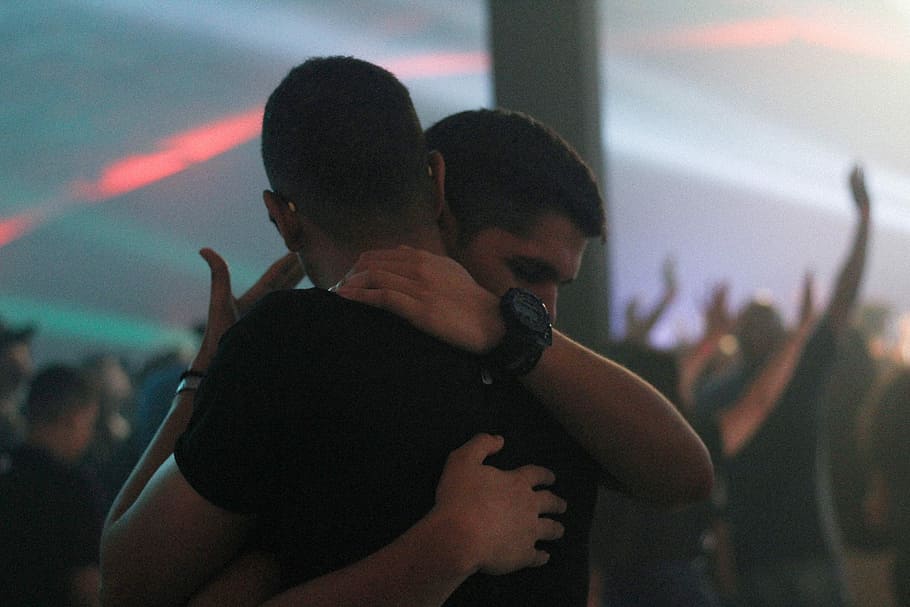 It’s no secret that the majority of men find it particularly hard to say I love you to one another when not within the boundaries of a romantic or relationship setting. Quite the pity too because when men do express love within the context of platonic relationships with one another, those relationships are stronger and a great deal more meaningful than when the opposite is true. But why then do the men in our lives battle to say three simple words when those words are to be directed at other men?

According to research, it typically starts very early on in a boy’s life. Researcher Andrew Reiner is interested in the dynamic that takes place among boys when in early- and even middle-adolescence. Young boys are known to form intimate and deeply meaningful relationships with their friends. According to Reiner, these relationships effortlessly shadow similar relationships formed between girls of the same age in terms of honesty, emotional availability and even intimacy. But at what stage and how then, does it all begin to spiral down-hill?

Society Is To Blame - Again

The problem is society – no surprises there. Reiner draws heavily on more than 20 years’ worth of research conducted by Niobe Way, and says that that once boys reach the ages of 15 or 16, society begins to toy with the emotional foundation cultivated by early boyhood. The result is one of all sense of a freedom to be vulnerable being “socialised” out of them by the time they reach early adulthood.

This is of course when the ball-busting starts. Instead of connecting on an emotionally vulnerable level with other young men, young adult men more often than not begin to try and cut each other down to size. Often referred to as make-or-break, relentless teasing and bullying and calling one another on supposed flaws; which really constitutes bullying behaviour; may seem perfectly harmless at first, but at the end of the day ends up leaving emotional scars instead of showing love and affection.

We Took Away Their Words

What society is fundamentally doing is that of having imposed upon men something very similar to an incomplete lexis. The end-result is a generation of men who deem a quick “bro-hug” to be the final frontier when it comes to showing affection. And to some, even this is pushing the boundary a tad too far for comfort.

Vulnerability isn’t weakness. True strength is the ability and willingness to reach out to a fellow-brother and say, I need you in the same exact way that you need me.

Hit the JACKPOT! Be a winner with ONLINE CASINO games.