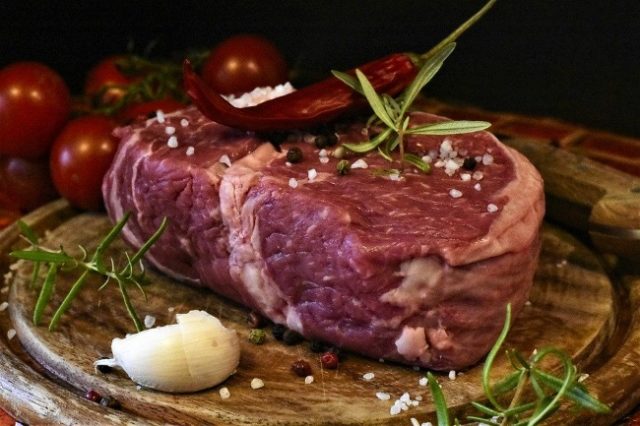 Meat is meat and man must eat. Or so the old (out dated) saying goes. But out dated or not, men all over the world are for whatever reason or more, despite the harrowing and absolutely gruelling cost to the environment, opting in on platefuls of meat instead of healthy plant-based foodstuffs. Part of the problem is that men have for the longest time had their masculinity tied to a mantra of “real men eat meat”. To this day, some persist in the (incorrect) belief that eating meat somehow supports masculinity, virility and general dominance and power (i.e. manliness).

A 2011 study compiled by psychologists of sociology Dr. Steven Hein and Dr. Matthew Ruby on meat and its role in society clearly indicates that “contemporary North American society” remains obsessed with the notion that eating meat is the only way for a man to turn food into a “real meal”. The study furthermore suggests that those who prefer not to dip their sticky claws into the Flintstone pot are somehow less masculine and more likely to live a virtuous lifestyle; a way of living mostly regarded as negligibly uncool.

Read More… Canadians Living It Up At The Grammys

The Makings Of A “Real Man”

Now that “meatless Mondays” are quickly turning into meatless-rest-of-weeks thanks to companies like Beyond Meat popping up all over the show like, well, mushrooms, men appear to be assuming a rather defensive reaction to what they apparently perceive as their brute manliness being checked in at a possible halfway house.

The entire business around vegetarians and vegans (especially vegans!) being regarded as more in touch with emotions and sensitivity in general is obviously not doing the men-don’t-have-to-eat-meat-to-be-men reasoning any real favours. Whilst it may be true that the majority of “civilised” men do not actually enjoy thinking on the fate of the animal to have landed up on his dinner plate, it also remains true that a spirit of “empathy” is strangely enough still regarded as being a sign of weakness and the opposite of what a “real man” is supposed to represent.

According to Dr. Hank Rothgerber, who is a social research psychologist at the University of Bellarmine, masculinity is “traditionally” associated with being rough and tough and with showing little to no emotion. Having empathy for animals being led to the slaughter certainly does not play well into the idea of this specific theory.

And, says Rothgerber, much of the fault should be laid at the feet of contemporary men’s magazines for constantly pushing untoward and senseless ideas of what it really means to be “a man”.

Play for REAL MONEY online. Sign up at a Canadian casino NOW!