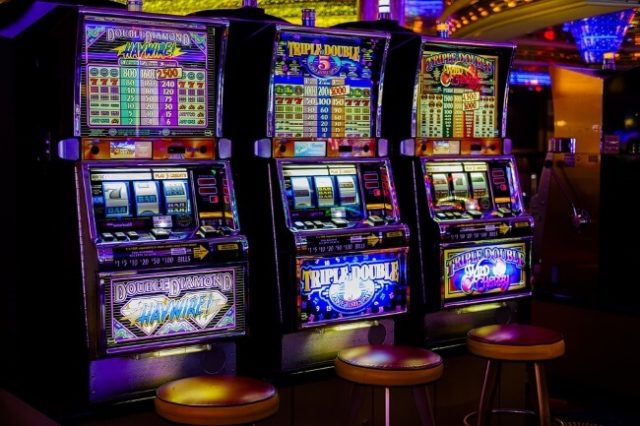 Here Comes Honey Boo Boo reality TV star Mama June Shannon recently shed more than just a mountain of weight; she also managed to shake down a fair share of her dignity when she and cheating boyfriend Geno Doak were arrested at local gas station for being in possession of various items generally used for the consumption of illegal drugs, as well as some of the controlled substances still intact.

The hillbilly mama we all love-to-hate seems to be stuck on a downward slope. She was spotted over the weekend spinning away at the slots at Montgomery’s Wind Creek casino, with the footage having gone viral since it was leaked to media and broadcast company TMZ. But since playing slots isn’t exactly considered to be controversial or the stuff that sensation is made of, not even if its Mama June doing the spinning, one has to take into account Shannon’s long history of battling all sorts of addictions; with some unnamed substances obviously having been the most recent spat; to appreciate exactly why the story made it all the way into the tabloids.

Read More… Marijuana Lounges May Be Coming To Vegas

Since June and boyfriend Geno’s run-in with the long arm of the law, Shannon’s daughter Lauryn “Pumpkin” Shannon has been holding the fort and ensuring that some semblance on an order is kept by providing regular updates about her mother as well as about the rest of the family at the start of each episode of Shannon’s new show, Mama June: From Not To Hot.

Based on a recent image of Pumpkin and Alana that was posted by Alana on social media, it’s obvious that Pumpkin is taking care of more than just the promotion of the show. Alana added the caption “sisterly love” to the photograph taken of her and sister Lauryn, and had reportedly added a heart emoji to the image to round it all off.

Lauryn had also taken care of the bulk of the promotions associated with a new season of the popular show, and has made various appearances alongside Alana during the run up to the show’s premier on WE.

A Slow But Steady Come Back

Despite Mama’s obvious rollercoaster-demise into her old and unsavoury ways, it does appear as if there may be some new light on the horizon yet. Shannon recently broke a long social media-silence by having uploaded a couple of photographs on Instagram, one of which was a throw-back to a People Magazine photo shoot of a couple of years ago shortly after Shannon had lost a whole lot of weight.

When asked whether Shannon had at least departed from the casino a winner, staff had responded by saying that they weren’t quite sure.

Ready to play slots ONLINE? The best games in Canada are at your fingertips!