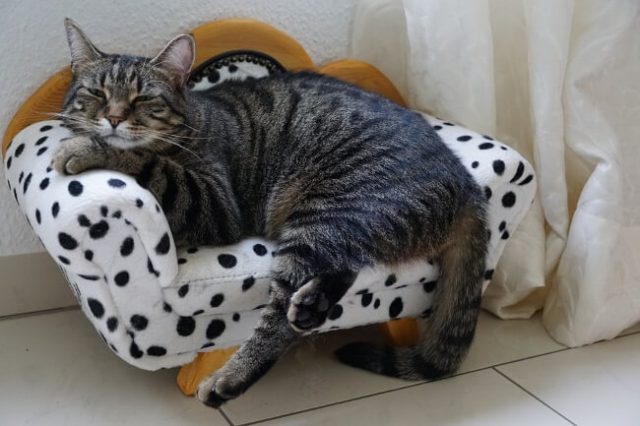 Whether or not Marie Antoinette’s royal pooch Coco had the luxury of occupying his royal kennel for the remainder of his days after his mistress was made to meet her doom isn’t quite clear, but that Coco enjoyed living in the lap of pet-furniture luxury can be reasonably assumed. But Coco isn’t the only beloved pet to have experienced first-hand the creature comforts of luxury accommodation during in the run-up to the French Revolution. Evidence exists of canopied night time beds and cushioned day-time recliners and chairs. Coco supposedly even accompanied Antoinette to prison with luxury kennel in tow at the time of her (Antoinette) having been incarcerated for her crimes against her subjects and country.

It isn’t known who designed fair Coco’s royal kennel but modern-day Coco’s and Bullets and Sgt. Stubbys are being treated to designs created by the likes of Pottery Barn, Crate & Barrel and Casper. The elegant furniture manufactured and sold by the mentioned outlets are designed not only for furry comfort, but also to match existing human furniture and centre-pieces created by the same companies.

All of the above is the (happy) result of people no longer viewing their pets as beings “belonging” to them. Instead of referring to themselves as pet owners, folks prefer the term “pet parents”. Cats and dogs are no longer made to sleep outside and only allowed inside the house for playtime or feeding time. They are now very much part of the inside circle, or the “family den”, says Elizabeth Graves, Martha Stewart Living’s Editor in Chief.

The real trick, according to the designers of luxury pet furniture lines, is to make the end-result appealing to the human eye but at the same time comfortable to the pets making use of the beds and recliners and other furniture creations.

An Act Of Love

According to Ikea designer Inma Bermudez, it all stems from a place of a love for one’s furry companions. They teach us the basic principles of respect and of unconditional love, says Bermudez, and making life as comfortable as possible for them is the least that we can do in return. Time spent with her pets is according to the designer the only really time that she is able to be “in the moment” and completely free of stress or worries.

Whether or not the pooches and felines being given the royal furniture treatment is fully aware that their daytime beds now match mommy’s living room curtains is a matter for debate, but then again luxury has always been a matter of personal preference. And really, sleeping in the corner on a plain old plaid cushion isn’t anyone’s idea of being “in the moment”.

Love a life of luxury? Play casino games ONLINE and win BIG beyond your wildest dreams!