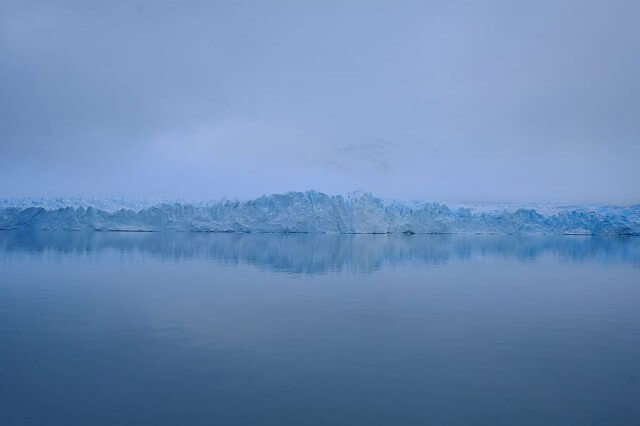 Canada’s final remaining intact ice shelf present in the Canadian Arctic has collapsed, environmental researchers have confirmed. Located on the outskirts of Ellesmere Island, The Milne Ice Shelf reportedly lost in excess of 40% of its volume (area) in a matter of only two days. The shelf is situated in a sparsely populated area in northern Canada, which is a territory of Nunavut.

As far as the reasons for the loss in volume are concerned, global warming is yet again considered to be the main culprit that is to blame of shelf’s disintegration. Other contributing conditions, so said the Canadian Ice Service in a Twitter post shortly after the collapse, included gale-force offshore winds, wide open waters in front of the shelf, and hotter-than-usual air temperatures.

Losing The Size Of Manhattan

According to Luke Copland, who is a glaciologist at the University of Ottawa and part of the original research team who studied the Milne Ice Shelf in the time leading up to its collapse, ice shelves can be as large as entire cities. The shelf is according to Copland now about 80 sq. kilometers smaller that what it was prior to the sudden disintegration. He compared this to New York’s island of Manhattan, which covers approximately 60 sq. kilometers.

Arctic amplification, which is a process causing exponential warming rates, has been creating atmospheric heat twice the global rate in the vicinity of the shelf. This has been the case for the past 30 years. Even so, said Copland, temperatures measured in the Arctic have never been as high as those registered this year. All of the above have now led to polar sea ice volumes having reached their lowest extent in 40 years.

Since summer in the Canadian Arctic and surrounds has this year been on average at least 5 degrees Celsius higher than what has been the case in the past 30 years, the preservation of smaller ice caps have according to the glaciologist been under constant threat.

Smaller ice caps can melt away a lot quicker than their bigger contemporaries – this being a direct result of their not being nearly as bulky, and as a result, not nearly as capable of staying frozen and cold.

And, says Copland, its very much a snowball effect causing the crisis. The reason being that with every next glacier disappearing, even more bedrock is exposed to the elements of heat and warming. This, in turn, creates even more heat, and thereby accelerating the melting process even more exponentially than before.