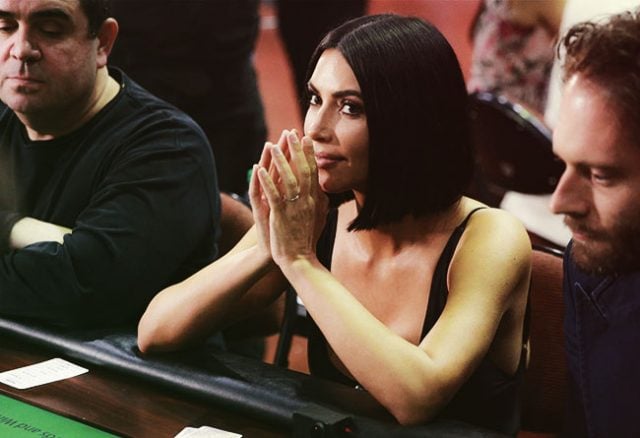 The world is in mutual agreement that if anyone needs more media coverage; it would have to be Kim Kardashian and her sisters. Some would suggest that the reality television stars have all the media coverage they need, and could perhaps even step out of the spotlight a bit, before it starts melting them.

Little do those naysayers know that Kim Kardashian recently played poker at a charity fund raising event, and the world is eager to know all about it, ASAP.

Yes; Kim Kardashian did indeed play Texas Hold’em at a charity event in California. The event in question was titled “If Only,” and raised a whopping $500,000 for a clinical research facility called City Of Hope. The non-profit clinic does research into cancer, diabetes and other incurable illness, so Kim was playing for a good cause.

Her momager, Kris Jenner also joined in the fun, and drew a lot of attention thanks to her blinged out appearance. Kris was dripping in diamonds, and while her daughter was happy to pair her poker-straight, newly bobbed hair with large mirrored shades and a simple black low cut top, Jenner preferred to let her jewelry do the talking.

Bitcoin Comes In To Play

There were two plot twists at this charity event, the first being that Kim Kardashian was seen staking Bitcoin at her table. That is to say; physical Bitcoin, in chip form.

With Bitcoin generally in digital form and used online at a casino, trading or e-commerce site, the move attracted a lot of attention, with many speculating as to what it was all about. Naturally Kim posted an image of the Bitcoin on her Instagram, further adding fuel to the fire for those who desperately attempted to analyse the plot twist for deeper meaning.

The sharp eyed noticed that one glamorously designed Bitcoin chip that appeared in the Instagram photo had been seen in an earlier post featuring Kim with Matt Roszak, a cryptocurrency entrepreneur. The even sharper witted put the puzzle pieces together; it was very likely an elaborate marketing ploy for cryptocurrency, revealing that just because Kim was at a charity event, it didn’t mean she couldn’t make a bit of profit of her own. 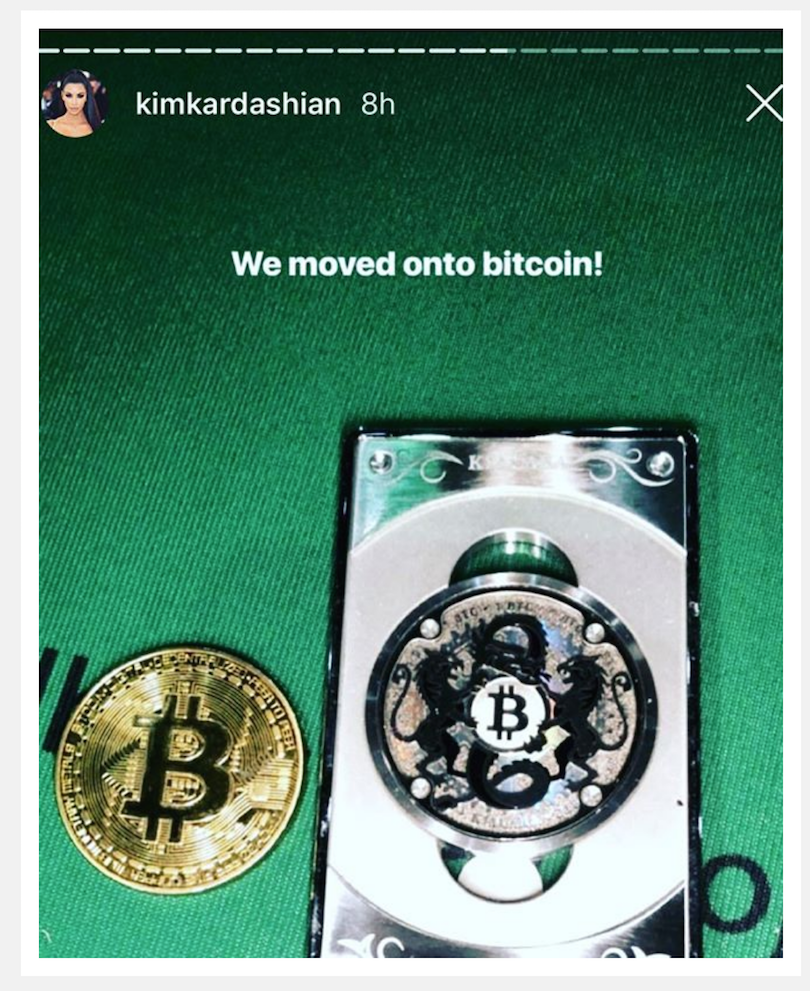 The second plot twist of the occasion focused on the comments made by Kim’s sisters. Kendall posted an Instagram Stories video declaring that she was genuinely concerned about how thin Kim looked. Those aware of the current public image rules quickly agreed, knowing that being either too skinny or too plump is akin to social media suicide. Much online debate was sparked, with some suggesting the intention was to indirectly draw more eyes to the photos, and the aforementioned Bitcoin publicity photo. 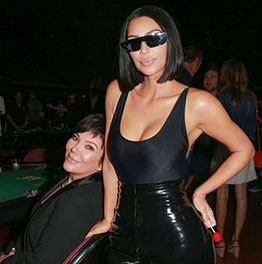 Others knew that the real issue was indeed the body weight of Kim, made clear by Khloe who declared that she had never seen a person as skinny. It was certainly something to be discussed at length. At one point, drawing a chorus of gasping reactions of Instagram followers, Kendall made the shrewd comparison between Kim’s body weight and her purse, suggesting that the two were equal in size. Given that it is well known how small purses are required to be in order to fit into current fashion trends, the powerful remark hit home.

The Debate Rages On

Some thought that the cutting comparison with a purse would be the end of it, but the debate raged on between the sisters via social media, allowing the world to follow the exchange. Kim finally revealed her weight as 119 pounds, hoping to put an end to the heated text based accusations. But no, Kendall once again hit back; using the word everyone had been dreading; anorexic.

More was said in regards to the reality stars plummeting weight, but anyone interested can subscribe to one of the sisters Instagram accounts and follow it for themselves. Plus, there are rumors that Kim’s Poker stint will feature in an upcoming episode of Keeping Up With The Kardashians, so stay tuned!

Try your hand at Poker with GGpoker!