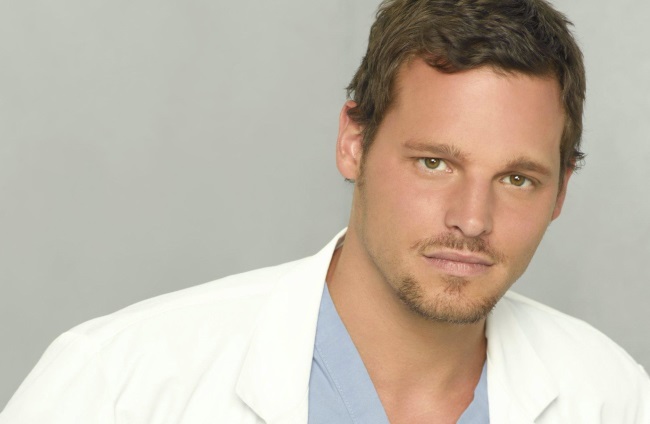 His was a story of how being human is the ultimate lesson in survival. And from a television writer’s point of view, proof that raw and unbiased vulnerability of the variety that isn’t polished for entertainment value’s sake, is without exception always the best possible route for any storyline. And why fans are, after 16 years, of having basically lived the life of Grey’s Anatomy original cast member Alex Karev (played by Justin Chambers) right alongside the at-times tormented, at-times passionately happy character, not climbing the walls out of pure frustration and “unfinished business”. Alex Karev is proof that above all else, we want it all to be real.

The March 5 episode of ABC medical drama Grey’s Anatomy, titled “Leave A Light On”, brought about closure for not only one, but two, of the original cast members’ storylines. And that Alex Karev and Izzie Stevens left the show an entire decade apart, only makes the final chapter to one of the best crafted television love stories of all time, all that more poignant; powerful even.

What Happened To Izzie?

Currently in its 16th season, viewers of the beloved television drama series were made to say goodbye to Karev’s first (and probably only) love, Izzie Stevens (played by the beautiful Katherine Heigl), 10 years ago during the 12th episode of Season 6. The pair had wed during the 100th episode of the show, but after Stevens had become ill with cancer and then well again, Karev had refused to resume their marriage and eventually went on to marry Jo Wilson (played by Camilla Luddington).

But even though Karev and Stevens had according to the storyline each managed to move on from the other, fans weren’t convinced and have for the past 10 years been baying for answers as to the why and what of Izzie Stevens.

March 5 proved the ultimate closure to a very long reprieve in the form of letters written by Karev; one to each of the remaining original cast members and one to current wife Jo Wilson; the content of which provided both context and insight not only into present-day affairs but also regarding what had really happened to Stevens post-departure.

Karev explains in his letters how he and Stevens had unexpectedly rekindled their romance during a time when he had been reached out to his former spouse in the hopes of helping best-friend Meredith (Ellen Pompeo) avoid losing her medical licence. Each letter connects with the recipient on a deep and personal level and eventually the scene skips to where Karev can be seen raising his children with Stevens on a farm in Kansas – with the beloved character closing off with a simple but poignant apologia: he’s finally (for the first time ever) where he should be.

Needless to say, fans are very much divided about the decision on the part of the writers to have Alex Karev break it off with wife Jo in a letter of her own and one accompanied by divorce papers. He does however try his best to explain his decision and closes off his apology to her with a plea of sorts – that she should love him enough to allow him the freedom to raise his children with Stevens, even if that love would necessary mean letting him go for good.

Or in the words of Justin Chambers, there really is no good way to say goodbye.

How many Grey’s Anatomy seasons was Alex Karev in?

What happens to Alex Karev in Grey’s Anatomy?

In his final March 5 episode viewers see who he ended up with, and where he is now.

Yes, all is revealed in the episode Leave A Light On.

What are Justin Chambers future plans?

Chambers has not yet confirmed any future plans, but he has not discounted transitioning into film.