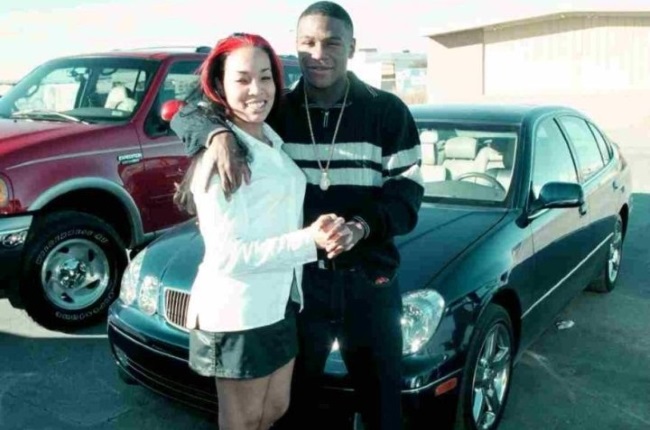 Josie Harris, ex-girlfriend of boxing champ Floyd Mayweather and mother to the boxer’s three children, is dead. The 40-year-old was found dead outside of her home in Valencia, California. She was pronounced dead at around 10 p.m. by a medical emergency response team, confirmed the Los Angeles County Sheriff’s Department. The cause of death is at this stage either not yet known, or kept under wraps by police, pending investigations.

Sheriff’s detectives are currently treating Harris’ death as a general death investigation but his may change once the cause of her death becomes known. Lt. Derrick Alfred said at the time of the announcement that refraining from declaring a death a homicide case until such time as what the real cause of the passing is known, is a standard procedure for high-profile cases of his nature in Valencia County.

The coroner’s office has not yet provided a verdict as to the cause of death.

Harris had been involved in a romantic relationship with Mayweather for nearly fifteen years. The pair eventually called it a day in 2010, following multiple accusations of domestic abuse. Mayweather had according to the complaints filed by Harris, repeatedly defamed and physically as well as emotionally abused her. Harris as recently as 2015 filed yet another defamation lawsuit against the boxer.

Mayweather following an altercation with Harris in 2010, spent time served behind bars for having assaulted the now-deceased Harris. The deceased claims back in 2014 that she had suffered physical abuse and assault at the hands of Mayweather on no fewer than 6 separate occasions and that she was at the time relieved and happy at no longer having had to see Mayweather “all that often”.

Regarding what exactly had transpired between Harris and Mayweather, it was ultimately revealed that the relationship had turned sour to the extent that Harris had begun living in fear of Mayweather and that that fear had driven her to a point of having to take anti-anxiety medication before facing up to her then-partner.

She said at the time of the 2014 interview that even though they were no longer a couple and were only connected to one another by their three shared children, she still became immensely anxious and overwhelmed whenever she had to interact with Mayweather and that she did not actually understand why being around him proved so exceptionally overwhelming to her.

No Foul Play – For Now

Following the interview with Harris, Mayweather denied the allegations during an interview of his own and at the time conducted by Katie Couric. He offered the excuse of having “restrained” then-partner Harris as according to the 15 major-world-titles holder, Josie Harris had been addicted to drugs and that this was what had necessitated him having had to restrain her. She was according to Mayweather, “a woman on drugs”.

He did not at the time seem willing to engage about the 5 other counts of domestic violence or the fact that he had actually spent time in prison because of what had happened between him and Harris.

It’s since been confirmed that Mayweather was, at the time of Josie Harris’ death, in Amsterdam in the Netherlands and that no foul play is suspected. At least not at the moment.

When did Josie Harris die?

How did Josie Harris die?

As yet, the cause of death is unknown.

How old was Josie Harris?

Josie Harris was 40 years old when she died.

What was Josie Harris’ connection to Floyd Mayweather?

The pair dated off and on for 15 years and have 3 children together.

Why did Josie Harris and Mayweather split up

Allegations of domestic violence were made, and Mayweather was found guilty and served time.

Is Floyd Mayweather a suspect in Josie Harris death?

No, the boxer is not a suspect as he was travelling at the time.

See if a BIG WIN could come your way. Play at a Canadian online CASINO!