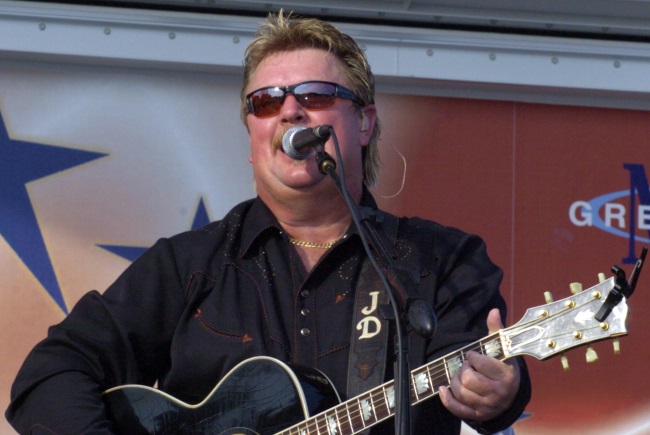 Country music legend Joe Diffie has died. The 61-year-old chart-topping musician died of complications caused by the Coronavirus. Diffie was an absolute force in country music all throughout the 90s and beyond, and throughout his career released a total of 13 albums. He was best known for smash-hit releases like “Home”, “1994” and “Pickup Man”; hits that earned him various coveted industry accolades, including a Grammy Award and a Country Music Award.

Originally from Tulsa, Diffie was a lifetime member (membership exceeding 25 years) of the legendary Grand Ole Opry. He was inducted into the Oklahoma Music Hall of Fame in 2002 and considered one of the true “country originals” by his fellow artists and is thousands of fans all over the world.

Paying Tribute To A Legend

The artist died in on Sunday after only a couple of days spent in hospital. On Friday last week he issued a news statement online, informing fans of his status and confirmed that he was at the time being cared for and treated by a team of medical professionals. He requested that he and his family’s privacy be respected during his time of illness, and also reminded his fans as well as the general public that now was the time to be extra vigilant and careful.

Diffie was officially the first country music star to have gone public with his Coronavirus diagnosis and countless artists have since the news of his passing having been confirmed by publicist Scott Adkins, taken to social media to mourn his death, remember a great artist and friend, and show love and support to his family, friends and fans.

Fellow artist Brad Paisley wrote a moving tribute to Diffie on Twitter and described the artist as someone with a constant twinkle in his eye and a great friend. Paisley said that he had no words sufficiently adequate to describe the devastation he felt at the loss of Diffie and said that he would forever hold on to shared memories; memories that cannot be taken away by any disease.

His Memory Will Remain

Albums released throughout Joe Diffie’s career made a stellar collective mark on the country music industry and includes releases like “Honkey Tonk Attitude”, “Third Rock From The Sun” and the 2013 smash-hit single “1994”.

Diffie’s passing is mourned by a multitude of fellow artists and musicians and he will be remembered as someone real, and an artist who had truly made a world of difference to the industry as a whole. Tributes from all over the world have been streaming in ever since his passing and it’s obvious that his was a career that made a massive impact on music history.

Joe Diffie is survived by his wife Theresa (Crump) as well as five children born from his four previous marriages.

When did Joe Diffie die?

How old was Joe Diffie?

The country artist was 61 years old.

How did Joe Diffie die?

From complications of Covid-19.

How many country stars have Covid-19?

As yet this figure is unknown, but Joe Diffie was the first to go public with his positive diagnosis.

How many children did Joe Diffie have?