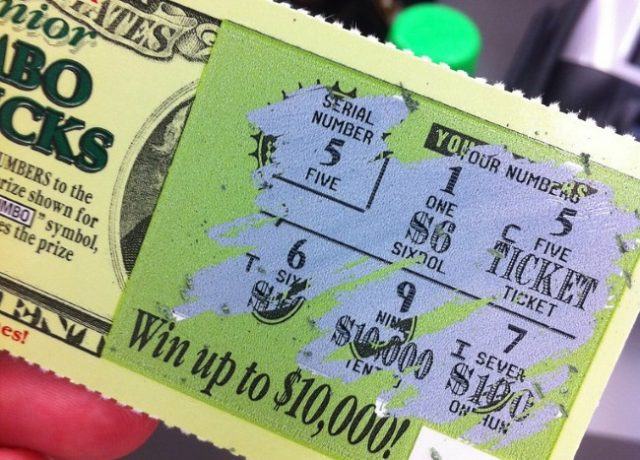 Canadians have been smiling all the way to the bank following weekly big cash Lottery jackpot wins. Lottery scratch card games have been making headlines all over the country and are proving especially popular among Canadian nationals; and for very good reason too. A massive unexpected cash injection is able to wonders for the budget of anyone working a standard middle-class job in order to make ends meet. Just ask Ryan Dodd, the 26-year-old bartender from London who recently won $2,500,000 playing Instant Multi Millionaire.

Dodd had purchased his lucky scratch card ticket at the Wilkins Street Mac in London, only to have his life changed in literally an instant; a blink of the eye. Had Ryan Dodd not bought his instant-win scratch ticket on that particular day and from that particular retail outlet, he would in all likelihood have still been only just getting by on his monthly paycheck.

Talk About A Lucky Streak!

Some folks have a whole lot of Lottery luck going for them. One such is example is the story of Yellowknife resident Thomas Desjarlais. The Yellowknife player, a known Lottery enthusiast, recently became eligible for a CA$275,000 cash windfall after having spent a measly CA$5 on an instant-win Lottery ticket.

But most amazing of all is that this is by no means the lucky player’s first big win. The Lotto enthusiast has on two previous and separate occasions managed to bag CA$10,000 a pop playing instant-win Lottery games. Both previous lucky runs were tallied during August. Talk about a very lucky streak!

Sad Stories Do Exist Too

But not all big jackpot wins have lucky endings. Consider the case of a certain Michael Gebru. The Ontario resident is originally from Ethiopia and has ever since he won CA$10.7 million playing Lotto MAX in December 2017, been repeatedly travelling between Ontario and his home country supposedly in an attempt to try and find new ways to help people with his new fortune.

A recent trip however ended in tragic disaster when Gebru was found dead in his Ethiopian home. Family members now suspect that Michael Gebru may have been murdered for his Lottery money. The police investigation is currently underway and will hopefully yield conclusive results as to the identity of the culprit.

Gebru was a well-known face around town in Ontario as well as Toronto and could often be heard saying to friends and acquaintances how eager he was to help those in need.

Be a WINNER. Play Slot ONLINE at Canada’s BEST casinos.