Joe Biden Does A Double On Super Tuesday 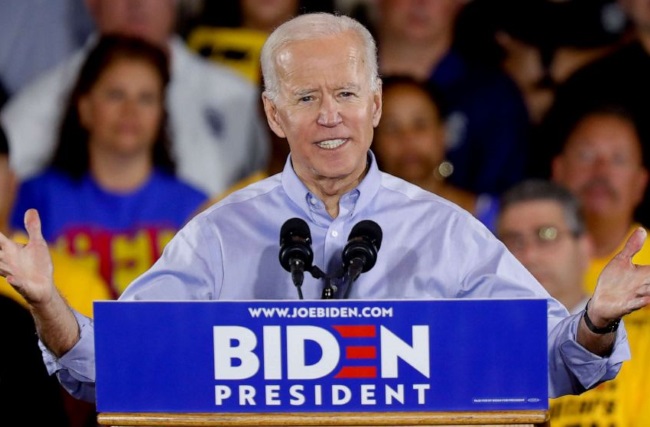 Joe Biden practically owned Super Tuesday. Exceeding all expectations, Biden scored an absolute blowout result in the south, and very nearly stole Texas from Bernie Sanders. In fact, he still might as the race for Texas eventually resulted in a draw. Perhaps most impressive of all is that he won in Elizabeth Warren’s Massachusetts. Hint: he never even campaigned in Massachusetts!

Biden basically showed up and did his thing wherever he went and as such, his was the variety of success not particularly bothered with region or location. He furthermore worked his magic on a re-forge of the coalition that saw the Democrats rise to victory back in 2018 during the mid- terms. Again, what with African Americans and women representing the bulk of his supporters, it’s clear that Biden is to the minds of the people the ultimate antidote to Donald Trump.

His close association with and endorsement by James Clyburn sealed the deal on what followed post South Carolina. Biden had only but to stand close to Clyburn in order to be recognised and really be seen. And let it be said that momentum beats money any time of the day. As is evident from Mike Bloomberg having called it quits. That Bloomberg is in fact up to something is a trending idea that’s bound to reveal itself sooner rather than later. But for the moment, the millions spent for a win in American Samoa have boiled down to no more than an endorsement of none other than Biden.

The delegate count won’t be finalised anytime soon. In fact, it will be days before a final result is on the table. The upcoming March 15 debate will ultimately square it out on the dividing line. And a dividing line it most certainly will be, considering that its now a fight involving only two remaining participants.

Rallying Together The Numbers

What stands absolutely central, and rather crucially so, to Donald Trump’s defeat this coming November is Biden’s apparent ability to usher into a single camp of support minority voters, suburban voters and working-class voters. These are the groups capable of bringing about a revolution if ever a revolution were necessary. And if the removal of Trump is anything, then it’s a revolution just waiting to happen.

Moreover, the Democrats are very obviously not in the mood for a fight. They have no unreasonable or high hopes for a revolution that involves anything else but Trump being booted from the White House. To them, it’s all about restoring at least some dignity and honour to US presidency. And if any one man blasts dignity, then that man be Joe Biden.

This last week has been a true dealmaker. As little as 8 days ago, Biden had no money and no resources to fall back on. But it all made a dramatic turn-around, fueled by votes of endorsement all round.

Elizabeth Warren, unlike Bloomberg, continues to valiantly run the race. But given Biden’s landmark performance, one has to wonder about what Warren could possibly know or be hiding.

What was the Texas Super Tuesday result?

Texas resulted in a draw between Joe Biden and Bernie Sanders.

Who were the bulk of Biden’s Super Tuesday supporters?

Why is Biden being so heavily supported in the South?

What has happened to Mike Bloomberg?

Bloomberg has dropped out of the presidential race.

What impact does Bloomberg’s dropping out have?

Bloomberg is now endorsing Biden as the democratic presidential candidate.

Be the WINNER! Play for the biggest JACKPOTS at a casino online.