Weinstein May Spend 25 Years Behind Bars 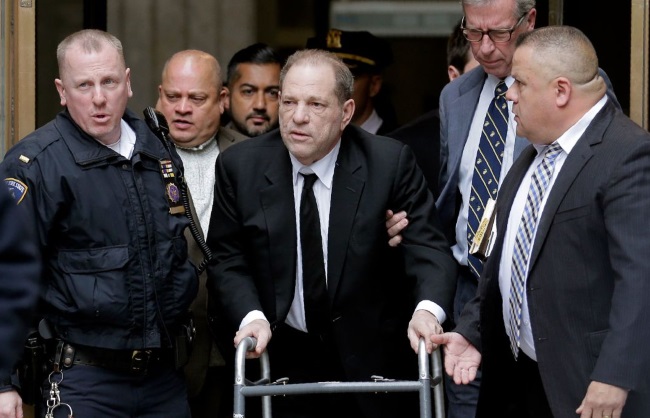 27 hours of deliberation spread out over 5 days and the fate of film mogul Harvey Weinstein has at long last been sealed. The 67-year-old, who also happened to have inspired the controversial worldwide #metoo movement, was on Monday found guilty of third-degree rape and of first degree sexual criminal acts by a jury consisting of seven men and five women. Weinstein managed to only barely escape top charge culpability relating to a couple of sexual assault charges and a single charge of first-degree rape.

Read More... Google Rolls Out Its Hottest Invention Yet

The guilty charge of a first-degree criminal act follows Weinstein having performed forced oral sex on then-production assistant Mimi Haley back in 2006. This also happens to be the charge that now makes a sentence of up to 25 years behind federal prison bars an ever-increasing likelihood. Weinstein will be sentenced on March 11 by Judge James Burke and will be detained without the possibility of bail until said date.

The entire criminal proceedings process will forever be remembered as one of an intense nit-picking variety on the part of the defense. Weinstein’s team even went as far as requesting the complete removal of one of the jurors due to her having read and publicly reviewed a book titled “My Dark Vanessa” of which the storyline relates to predatory behaviour by older men.

The fact that the same juror was currently reading “Le Consentement”, a French book with a strong theme of sexual abuse in childhood, proved a thorn in the side of legal counsel Damon Cheronis too. The judge however dismissed the application to strike the juror from the proceedings, saying that to his mind the relevant juror simply had done nothing wrong.

Another incident involving an accusation of juror-tampering by lead prosecutor Joan Illuzi-Orbon proved newsworthy too and illustrated yet again the highly-strung nature of the emotions that flew about throughout the duration of the trial proceedings. Lead prosecutor Orbon said the fact that Weinstein-attorney Donna Rotunno had wrote a Newsweek op-ed during which she had called on jurors to do what was right and acquit her client of all charges, was in fact nothing short of attempting to obstruct justice. This led to presiding official Judge Burke eventually ordering the defense team of the accused to refrain from making any public statements or appeals to either the press or to members of general public until such time as what the jurors had reached a final verdict.

But Judge James Burke also showed himself capable of a bit of off-beat humour when upon having been requested to order that celebrity attorney Gloria Allred be imposed with a gag-order for fear of her affecting an undue influence on the jury because of her celebrity status and habit of talking to prosecutors as well as having made various statements to the media throughout the proceedings, dismissed the application by the defense right out hand, saying that he (Judge Burke) wished that he too had “that” kind of authority.

Be a WINNER with online casino games. Sign up and play TODAY!