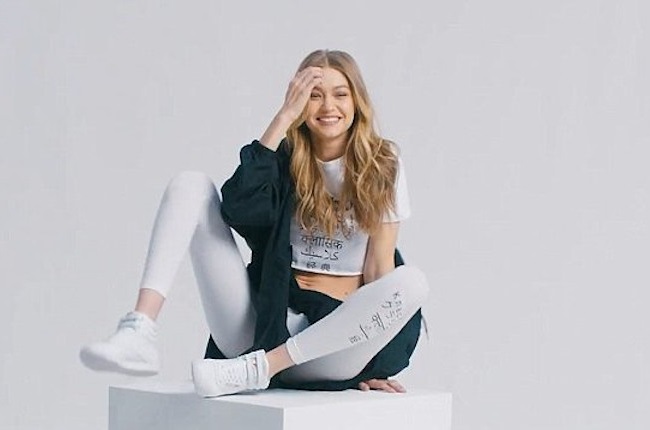 It certainly appears to be true that something pink may be a-foot in the land of One Direction-star Zayn Malik and Victoria’s Secret supermodel-girlfriend Gigi Hadid. Rumours of a baby daughter on the way started flying about when Hadid’s 25th birthday party turned out to resemble a whole lot of gender-reveal, with only a little bit of birthday celebration on the side.

It did not take too long for fans to notice that some of the photos posted to social media contained images of pink “Hello Little One” gift bags and pink balloons. Hadid’s 20-weeks-in rumoured pregnancy has since been confirmed by the fashionista’s mom and former Real Housewives of Beverley Hills star Yolanda Hadid.

The couple started their on-again off-again whirlwind romance-turned-relationship back in 2015 following Hadid’s special guest appearance in now-boyfriend Zayn’s debut solo music video for his song Pillowtalk. They seemed inseparable and passionately in love during the initial stages of their relationship, as evidenced from Zayn’s near-lyrical descriptions on social media about how much they enjoy making meals together and for one another and about how his (Zayn’s) chicken and sweetcorn pie is girlfriend Gigi’s favourite meal.

Their union however hit a nasty downhill slope in 2018, which eventually led to a shocking breakup during December of that year. The Vogue cover-girl went on to date a couple of celebrities, including a quick stint with Bachelor Nation star Tyler Cameron, but none of her romances the separation from Malik seemed to last longer than a couple of months at most.

The pair eventually got back together earlier on this year in February, having after months of separation decided to rekindle their romance and give the relationship another shot. The two indicated at the time of their reunion that they cared for one another but were at the time only “casually dating”.

Malik has been living his own series of ups and downs, and mostly to do with his journey with boyband One Direction. The young Brit shot to fame along with Harry Styles, Louis Tomlinson, Liam Payne and Niall Horan after the young band appeared on the UK edition of The X Factor in 2010. Malik would much later on only reveal that faced a daily struggle with crippling anxiety – a fact confirmed by fellow One Direction-member and bandmate Liam Payne, along with the revelation that Malik had only agreed to compete in the competition because of his mother’s insistence that he did. Malik had never been particularly fond of being constantly in the limelight, revealed Liam.

The freedom to speak openly about his anxiety appeared to have been triggered by the launch of his solo career in 2017. Malik became the first One Direction member to leave the band when he announced his plans to quit the group back in 2015. The band did continue to perform without Malik for a short time after his departure, but eventually completely disintegrated early on in 2016. The remaining members at the time of the disintegration described each member going his own way as a temporary “hiatus”.

Fans continue to hold onto the hope that the band will eventually reunite, and 2020 is thought to be the year for the big reunion. Zayn Malik’s return has however been described by Liam Payne as highly unlikely.

No. They have however been on-again off-again dating since 2015.

Is Zayn expected to reunite with the rest of the One Direction band?

No. Fellow ex-band member Liam Payne has said that this isn’t likely to happen, and that in his opinion, it probably would not be a good idea to start with.

How old is Zayn Malik?

Where are the remaining members of One Direction?

All of the former members have since the “hiatus” embarked on individual solo careers.

Are the members of One Direction still friends?

Mostly, yes. Their respective friendships are however often perceived as emotional and at times even rocky.