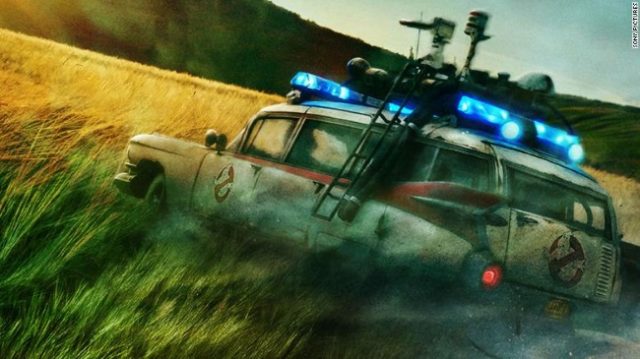 Canadians; and especially those living in Alberta; have been taking to Twitter for days on end and saying their piece about having immediately recognised those terribly telling “big Alberta skies and wheat fields” from the recently released “Ghostbusters: Afterlife” trailer.

And granted, the first trailer for the latest Ghostbusters release and sequel really does have Canada written all over it. Not only does the teaser / trailer feature the sweeping fields of Alberta gold, but there’s also other Canadian signposts planted all over the show. Think Vancouver born-and-bred actor Finn Wolfhard. And especially think tried and trusted and hold-onto-your-tummy homegrown Canadian comedy king Dan Akyroyd.

And that Alberta is in a way its own character making its own special appearance is no lie, as posted so eloquently and on the money by one particular Twitter user.

Of course, everybody guessing “Alberta” pretty much got it right as the latest Ghostbusters release was indeed mostly filmed in Southern Alberta. Fort Macleod is the Canadian town doubling up as the fictional small American town of Summerville, Oklahoma.

And those who recognised locations such as Turner Valley, Dorothy, Drumheller, Crossfield and Beisecker were all spot-on too as these locations were also visited and filmed during the making of the new movie.

Also, it stands to perfect reason that the up-South Alberta badlands would be the perfect setting for a movie based on ghosts and the supernatural, as there are after all plenty of now-desolate coal mines and small towns known for their ghosts and stories about ghosts to be found in the region. There are even supposed Dinosaur bones lying around all over the show!

The residents of Vancouver are of course by now quite used to running into the likes of Seth Rogan in the streets, what with the province being commonly referred to as “Hollywood North”. But for Southern Alberta the Hollywood connotation is very much a first.

The latest spook-film also features “honorary” Canadian Paul Rudd as well as those of a more homegrown variety, namely Carrie Coon and McKenna Grace. And then there are also those who don’t feature in the trailer, but will however be bringing a taste of the original Ghostbusters movie to the cast in the personas of Bill Murray, Sigourney Weaver, Ernie Hudson and Annie Potts.

Ghostbusters: Afterlife is due for release in 2020.